WPVI
WEST PHILADELPHIA (WPVI) -- Philadelphia police officer James McCullough has been released from the hospital after being shot Sunday night.

McCullough gave our camera a thumbs up as he made his way out of Penn Presbyterian Medical Center Monday night. 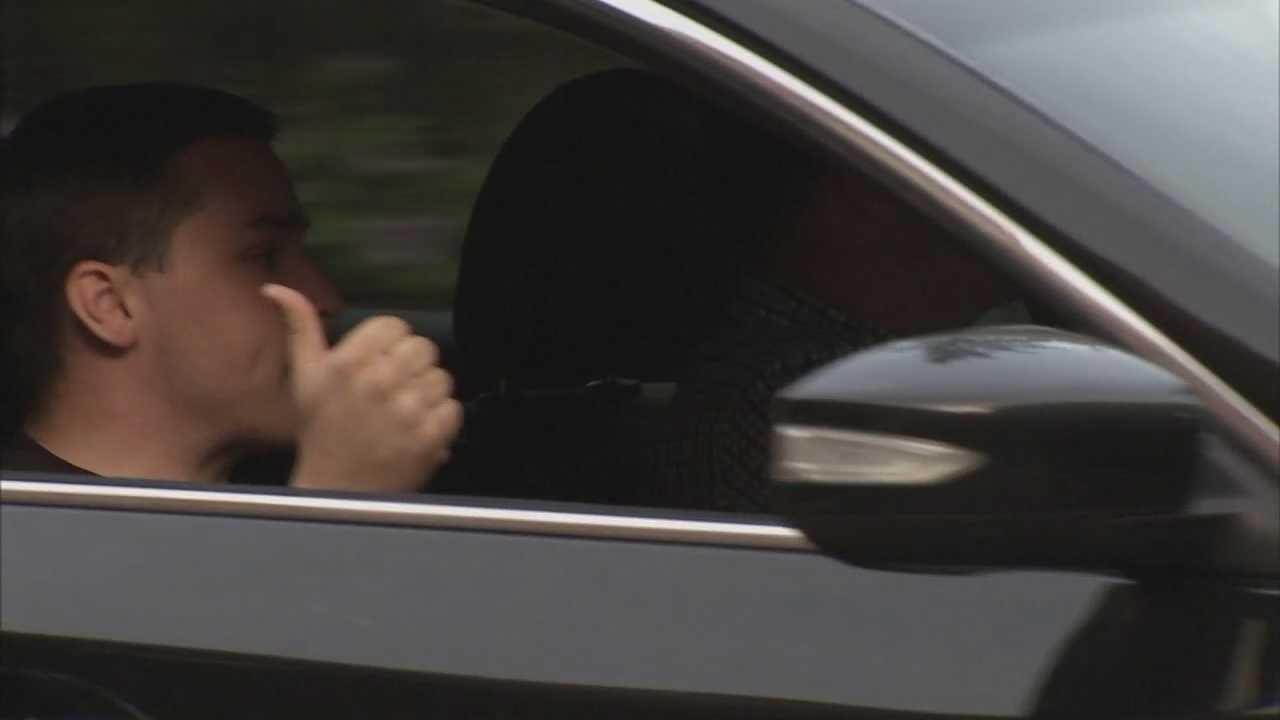 Scott Griffin, 23, was arrested around 1 p.m. Monday for the shooting.

Griffin faces attempted murder and robbery charges. Police say he was in the possession of a gun.

"We are not sure its the weapon. We believe that is, but we obviously are waiting for ballistics to find out," said Capt. James Clark of the Homicide Unit.

Police say Griffin opened fire on Officer McCullough, 24, hitting him once in the leg.

Griffin has a long record, police say, having been previously arrested 14 times.

Philadelphia police announce arrest in the shooting of a police officer.

The shooting at 8:50 p.m. Sunday followed a robbery and carjacking in the area.

According to investigators Griffin, along with 20-year-Samir Coyett, robbed a man in the 5900 block of Market Street. From there, police say, they carjacked a woman at gunpoint at Salford and Market.

That woman got out of the car and flagged down McCullough and his partner.

McCullough got into a struggle with Griffin, police say, but Griffin ran away and opened fire, hitting McCullough in the leg. McCollough returned fire, but police don't believe Griffin was hit. 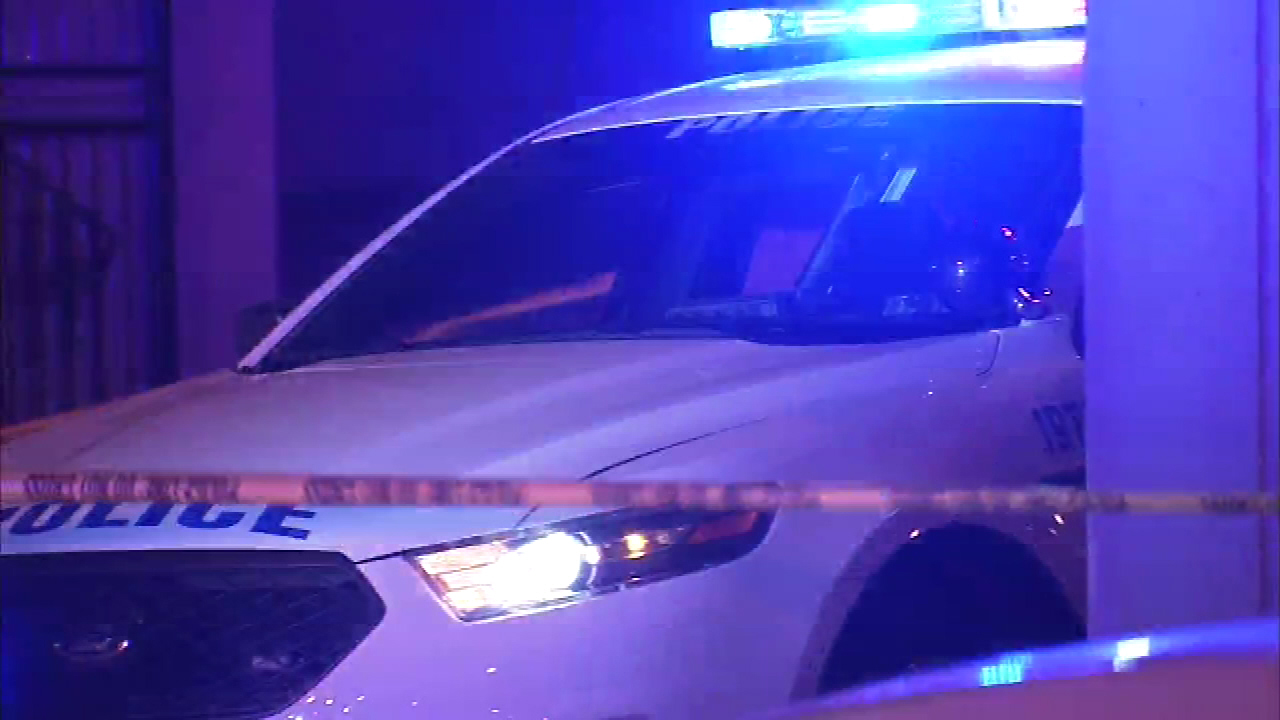 Coyett also fled the scene, running toward 60th and Market. That took him right past the original robbery victim and his friends. That group chased Coyett down, caught him, and held him until officers could arrive to arrest him.

Coyett, who has three prior arrests, was not armed, police say.

McCullough was taken to Penn Presbyterian Medical Center by his partner. 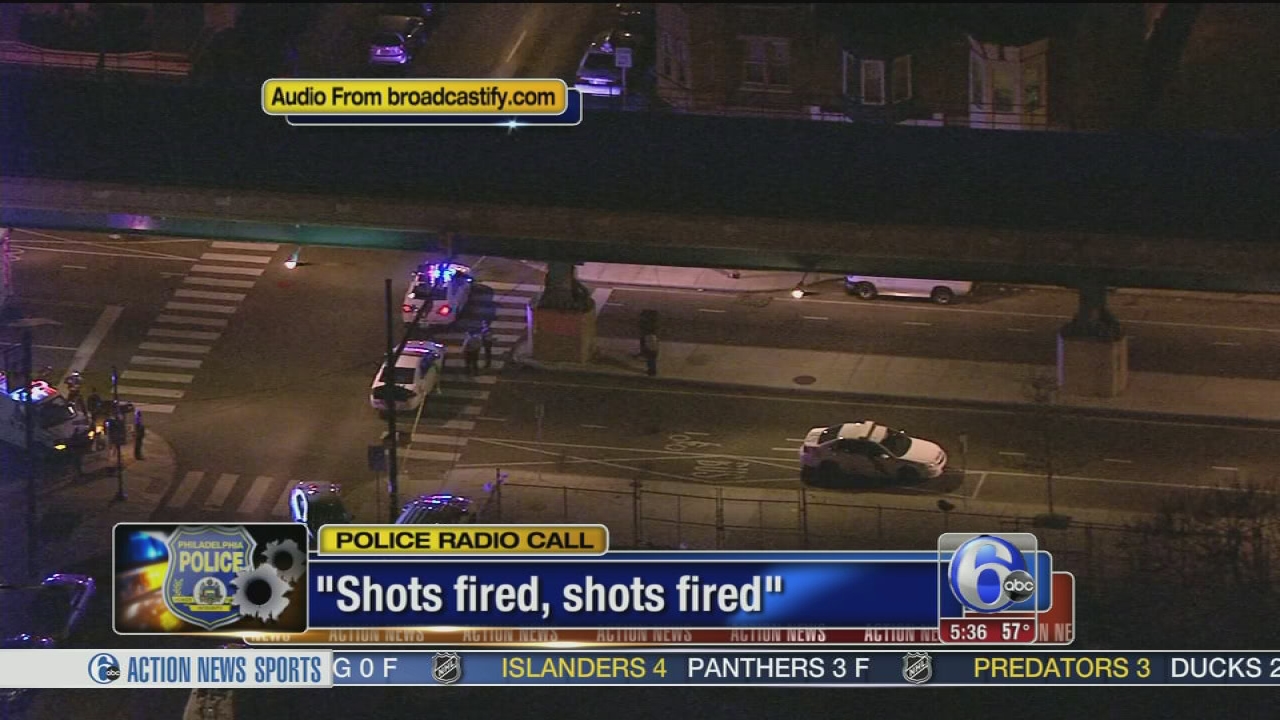 VIDEO: 911 call from officer shooting
Action News has obtained the dramatic police radio calls made by the partner of a police officer shot and wounded in West Philadelphia.

"It's a dangerous job, but they do it with pride and professionalism, and we're very proud of them," said Ross. "And again, very thankful that he is going to be OK."

"It's a dangerous city, and a lot of guns out here," said Philadelphia Mayor Jim Kenney. "We got to get the guns off the street, and make sure our officers are safe, our citizens are safe."

McCullough is assigned to the 18th District and has been with the force for two years. He is engaged and has a two-year-old daughter.

Jesse Hartnett, the last Philadelphia police officer that was shot, is also from the 18th District.

McCullough is the second Philadelphia police officer shot in the line of duty this year from the 18th District.

Back in January, Ofc. Jesse Hartnett was ambushed inside his police cruiser. The suspect in that case, Edward Archer, is awaiting his trial.

Hartnett is still recovering from his injuries, but he did get engaged last week: he proposed to his girlfriend after throwing the first pitch before the Phillies home opener.
Related topics:
west philadelphiaphiladelphia newsofficer injuredauto theftattempted robberyofficer involved shootingshooting
Copyright © 2021 WPVI-TV. All Rights Reserved.
More Videos
From CNN Newsource affiliates
TOP STORIES