Cancer patient in Massachusetts receives first penis transplant in US 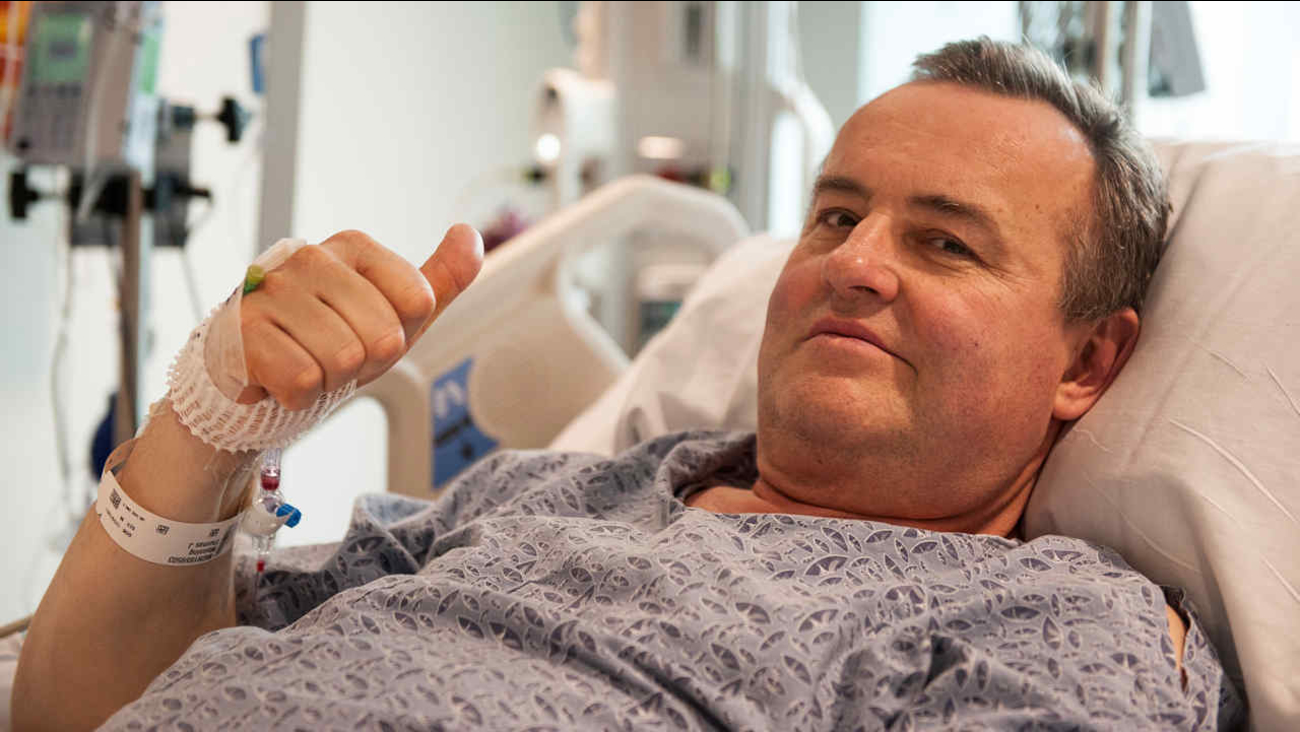 Thomas Manning gives a thumbs up after being asked how he was feeling following the first penis transplant in the US, in Boston (Sam Riley/Mass General Hospital via AP)

BOSTON -- A cancer patient received the first penis transplant in the United States and is recovering well from the delicate surgery, doctors said Monday.

Surgeons on the team who performed the transplant say blood is flowing to the organ. They said there are no signs of bleeding, rejection or infection, and that they're cautiously optimistic Manning will regain the function he lost in 2012 when cancer led to an amputation of the penis.

"Today I begin a new chapter filled with personal hope and hope for others who have suffered genital injuries," Manning said in a statement Monday.

Most of Manning's penis was removed amid a battle with an aggressive and potentially fatal penile cancer. The cancer was discovered in 2012 after the bank courier was severely injured in a work accident. Doctors treating him found an abnormal growth on his penis.

Manning told the newspaper he experienced hardly any pain during and after the procedure. One serious complication came the day after the surgery when he was rushed to the operating room after beginning to hemorrhage. He said his recovery has been smoother since, but he still wasn't ready to take a close look at the transplant.

Manning, who is single and was not involved with anyone when the cancer was discovered, said the amputation made new relationships impossible.

Manning told the newspaper that he looks forward to going back to work and hopes to have a love life again. He said he's speaking out in order to help dispel a stigma associated with cancers and injuries affecting the genitals.

The donor penis came from the New England Organ Bank. It told the newspaper that the donor's family wished to remain anonymous, but had delivered well wishes to Manning.

It took three years of preparation, including operations on cadavers, before the team was ready to perform transplants, according to the Times.

Such operations are being studied as a way of treating wounded servicemen.

Cetrulo said his team will likely perfect its technique on civilians before providing transplants for injured veterans. He said the Defense Department doesn't "like to have wounded warriors undergo unproven techniques."

Dr. Dicken Ko, who directs the hospital's urology program, said candidates for future transplants will be evaluated on a case-by-case basis. They will be limited to cancer and trauma patients for now, and will not be offered to transgender people.

Another transplant is planned as soon as a matching donor becomes available for a patient whose penis was destroyed by burns in a car accident, Cetrulo said.

The world's first penis transplant was performed at the University of Stellenbosch in South Africa in December 2014.

That patient had his penis amputated three years earlier after complications from a circumcision performed in his late teens.

The university near Cape Town said in announcing the transplant in March 2015 that the 21-year-old patient, whose name was not released, made a full recovering following the nine-hour surgery and regained all function in the transplanted organ.

A man in China received a penis transplant in 2005. That operation also appeared to be successful, but doctors said the man asked them to remove his new penis two weeks later because of psychological problems experienced by him and his wife.