WPVI
By Sarah Bloomquist
NORTH PHILADELPHIA (WPVI) -- Philadelphia Police are sorting out the details of a crash in which an off-duty officer fired shots at another driver - shots that ended up in the lobby of a Temple University Hospital facility in North Philadelphia.

Police say the 22nd District officer had just gotten off from work. 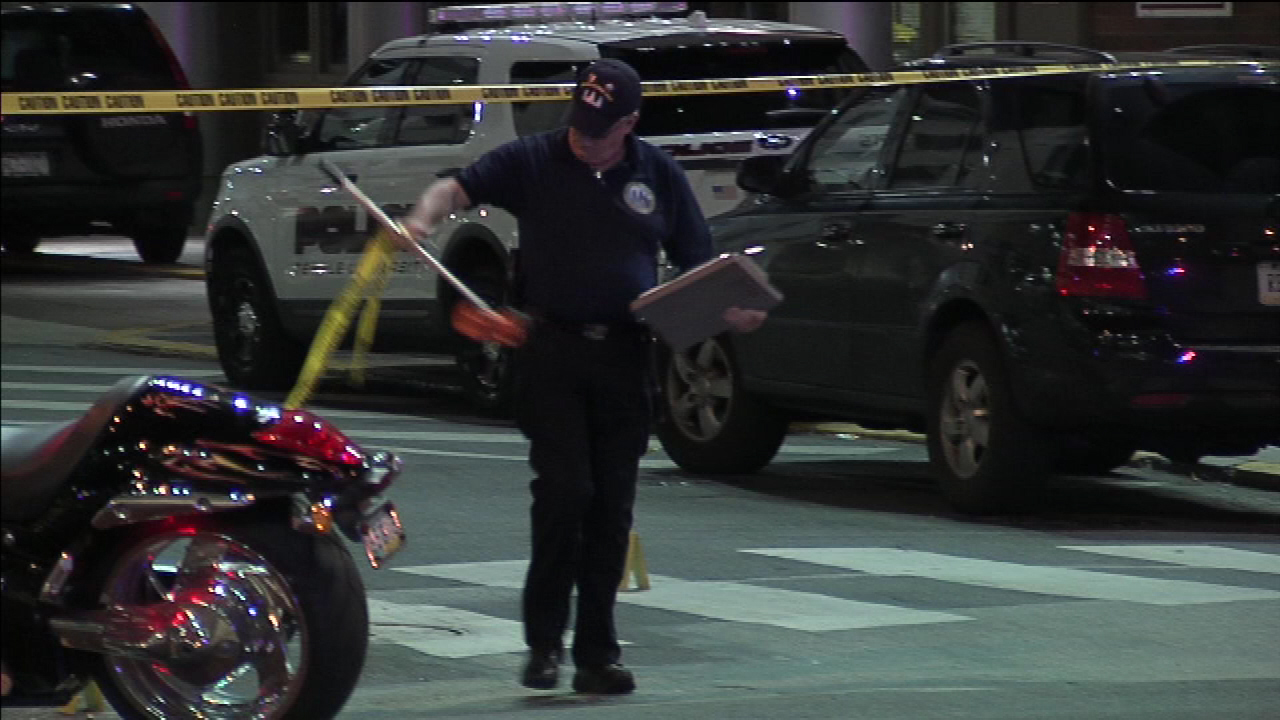 PHOTOS: Shots fired by off-duty officer hit hospital
Philadelphia Police are sorting out the details of a crash in which an off-duty officer fired shots at another driver - shots that ended up in the lobby of a Temple University Hospital facility.

He was riding a motorcycle at Broad and Tioga streets in North Philadelphia when he collided with a car that was making a turn.

Police say the off-duty officer was knocked off his bike and started walking toward the car.

"He actually grabbed onto the door handle, from what I am told, and at some point the vehicle took off dragging him," said Lt. John Stanford.

Police say the off-duty cop identified himself as a police officer. He told his commanding officers he saw the man reaching for the center console and what he thought was a weapon.

The officer fired his gun an unknown amount of times. One bullet shattered the window of Temple University Hospital's Outpatient Services Center, which was closed and empty at the time.

Police searched for hours for the other vehicle involved in the crash.

The incident happened before 11:30 p.m. Tuesday on the 3500 block of North Broad Street.

Then around 5:30 a.m. Wednesday, the driver of a dark green Chevrolet Monte Carlo turned himself in.

Police taped off the car in the 600 block of West Cambria Street in Philadelphia's Fairhill section. The car has front-end damage and a bullet hole in the side.

Car with bullet hole taped off on W Cambria, involved in crash with off-duty cop on motorcycle in North Philly. pic.twitter.com/L1XtZoaXrM

A few blocks away, on the 2800 block of Fairhill Street, a police vehicle sat outside the driver's home. The driver wasn't hurt.

As of noon Wednesday, he was still being questioned by police.

As for the off-duty officer, he was taken to Temple University Hospital to be treated for minor injuries.