After sex scandal, Pa. senior class president tells superintendent "You don't deserve to be at my graduation" 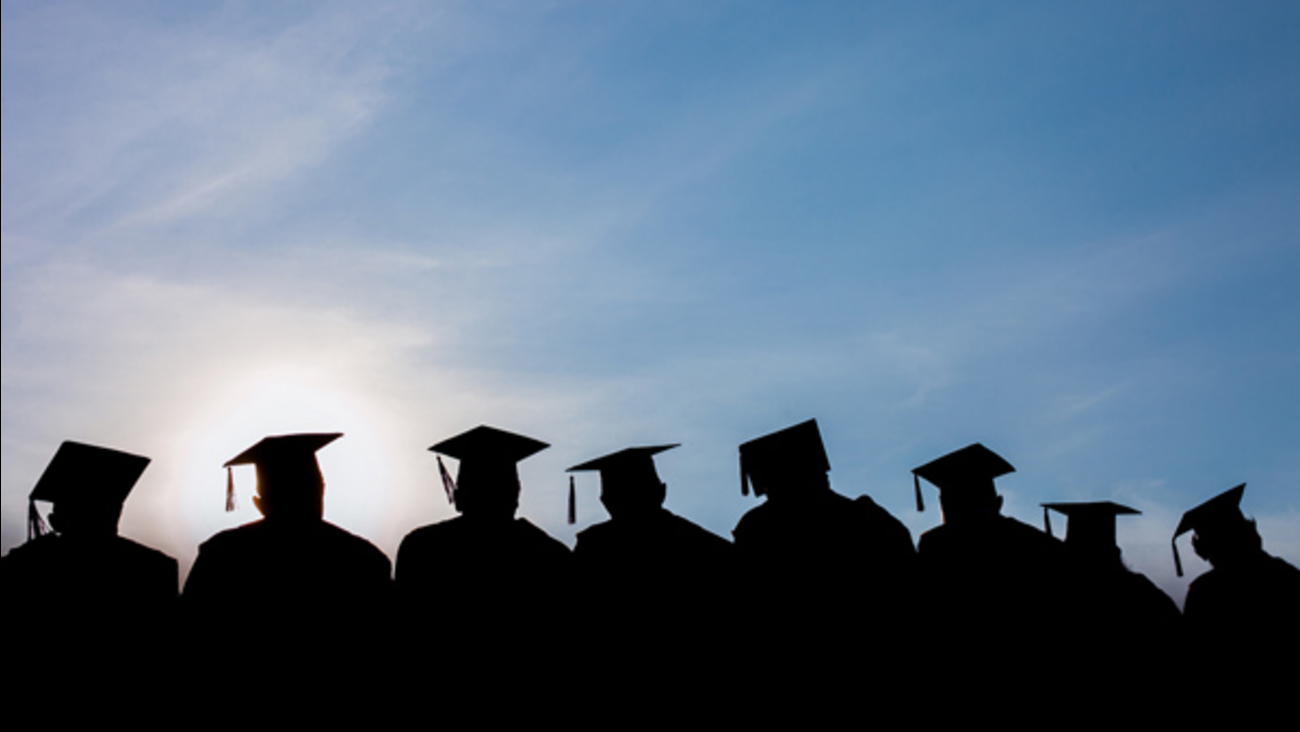 PLUM, Pa. -- The legal and emotional casualties keep piling up in a Pittsburgh suburb where two high school teachers have pleaded guilty to having sex with students, a third is awaiting trial and a fourth is charged with trying to intimidate one student victim by pointing her out in class.

The atmosphere is so poisoned in the Plum Borough School District, a largely rural, upwardly middle-class bedroom community of roughly 27,000 people, that the senior class president told the superintendent to stay away from commencement ceremonies Thursday.

"You don't deserve to be at my graduation," Plum High School senior Sylvia Ankrom told Superintendent Timothy Glasspool at a school board meeting last week. "We don't want you there. Don't show up."

That appears to be a moot point now that the school board has placed Glasspool and, Ryan Kociela, principal of the 4,100-student district's only high school, on paid leave and hired a law firm to investigate whether they and possibly other employees should be fired.

The new internal investigation is fueled by a scathing grand jury report released May 19 by the Allegheny County district attorney's office. The report highlights changes in state law since the Jerry Sandusky child sex abuse scandal at Penn State University and makes the general point that Glasspool, Kociela, and perhaps other teachers and administrators may not have broken the law by failing to report rumors of teacher-student relationships under old standards, but might have been prosecuted under newer, stricter guidelines.

The grand jury determined employees were more concerned about upholding the district's image than investigating misconduct. When two employees came to Glasspool in 2014 to report an obscene Twitter comment that claimed teacher Joseph Ruggieri was having sex with a student, the superintendent asked them if the report was a case of "CYA," or "cover your [expletive]," the report said.

"I feel like I've been in a street fight for the last 16 months," William Chapla said of administrators and the school board. His son, Jake, is among the seniors graduating Thursday. Chapla volunteered to serve on a committee to change how the district protects students from predator teachers and other threats.

"It essentially took six months before they even acknowledged there was a problem, and we should be taking corrective actions," he said.

The county prosecutor convened the grand jury to determine whether those delays were criminal after teachers Ruggieri, 41, and Jason Cooper, 39, were charged last year with having sexual relationships with students. Both have since pleaded guilty, with Ruggieri serving two to five years in prison and Cooper 1 to three.

The grand jury also uncovered alleged wrongdoing by Michael Cinefra, 30, a former part-time teacher and coach, who is awaiting trial on charges he had sexual contact with a student under 16 and provided her with alcohol, among other allegations.

He has denied wrongdoing, along with Drew Zoldak, 41, the teacher awaiting trial on charges he pointed out Ruggieri's victim in class.

Zoldak is accused of telling his class he missed work "because two men in suits from the district attorney's office were asking me hundreds of questions," then pointing to the girl as the reason. His attorney argues those remarks wouldn't be illegal because he didn't suggest the girl shouldn't cooperate with authorities.

The grand jury investigated whether Glasspool, Kociela or any other district employees broke state law by not calling police or a child welfare hotline if they had "reasonable cause to suspect" teachers were having sex with students.

The grand jury found no criminal wrongdoing, in part because it couldn't prove whether the employees were trying to cover up the problem or merely confused about what the law required.

The grand jury also found Glasspool, Kociela and other employees had heard rumors that Ruggieri, the teachers' union vice president for much of that time, was having sexual or inappropriate relationships with students as far back as 2007.

The broad question becomes "What is the overall culture and ethic of this institution with regard to reporting?" said Bruce Antkowiak, a former prosecutor who now teaches law at St. Vincent College.

"This is more an attitudinal thing that would come from the top down."

Neither Glasspool nor Kociela have returned emails and phone calls from The Associated Press.

Joseph Tommarello, 23, graduated from Plum High in 2011 and was elected to the school board that fall. Tommarello told the grand jury that a girl came to him with information about a "personal relationship" with Ruggieri in 2012, saying she didn't know how to end it. She did not say whether they were having sex.

Tommarello said he reported the conversation to administrators and thought they would handle the information appropriately until Ruggieri and the others were arrested last year.

Tommarello demanded answers and got silence, the grand jury found. He quit the school board and now is among those calling for Glasspool and Kociela to resign or be fired.

"You can't argue that they should stay, essentially, so the community can begin to heal, so the victims can finally begin to heal," Tommarello said. "You can't do that until all the bad apples are removed from the tree."
Related topics:
sexpa. newseducationteacherjerry sanduskyteachersstudents
Copyright © 2021 by The Associated Press. All Rights Reserved.
TOP STORIES
QB Hurts says Eagles' MNF loss to Cowboys all on him
'Beat by Dallas,' Cowboys have fun at Eagles coach Sirianni's expense
2021 on pace to be Philadelphia's deadliest year in decades
One Liberty Observation Deck now permanently closed
NJ governor race: Murphy, Ciattarelli to face off in debate tonight
Man found dead in restaurant vent after burglary attempt: Police
Philly schools Superintendent Dr. Hite will end tenure next year
Show More
'Near certainty' Delco officers shot girl after football game: DA
Nearly 28,000 pounds of frozen DiGiorno pizza recalled
Burnout among health care providers increasing due to pandemic
R. Kelly found guilty on all counts in sex trafficking trial in NYC
Fire, fight at Upper Darby High School worries district
More TOP STORIES News