The crash happened on I-287 southbound at milepost 62.5 at the Mahwah-Franklin Lakes border. Police say it may have occurred sometime Sunday night.

According to authorities, the vehicle, a blue Lexus, left the roadway and traveled 15 to 20 yards, striking several trees before overturning. It was discovered by NJDOT workers picking up litter.

The men, identified as Samuel Cali and Leonidas Vagias, both 19, were found dead outside of the vehicle. Both victims are from Towaco, Morris County.

"Leo and Sam were inseparable, they were best friends from day one," said friend Zac Ciccones.

"They both had hearts of gold, ask anyone," said friend Alex Cucciniello.

Cali and Vagias were graduates of Don Bosco Preparatory High School in Ramsey, Bergen County and excelled at sports.

Cali was attending Rutgers University, while Vagias was a freshman at the University of Rhode Island (URI).

"We are extremely saddened by the unexpected passing of Sam Cali," Rutgers Director of Intercollegiate Athletics Patrick Hobbs said. "This terrible tragedy will be deeply felt by the Rutgers community. Our thoughts and prayers go out to the family, friends and classmates of both Sam and Leo Vagias at this very difficult time." 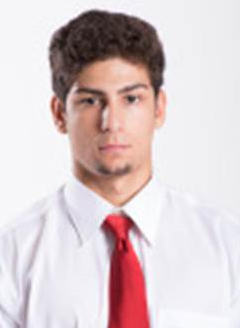 Prior to Rutgers, Cali was a two-time district champ who tallied an 89-28 record throughout his high school career. He placed third at the NJSIAA State Championships at 132 pounds as a senior.

"Sam was a great young man who everyone on the team truly loved being around," Rutgers wrestling coach Scott Goodale said. "He loved wrestling and being part of our Rutgers family. Anytime you lose a teammate it hurts, and this hurts really bad. We send our prayers to the families and will keep Sam a part of everything that we do."

Vagias was a kicker and punter for the URI football team.

"Leo was a quality young man who was taken too soon," Rhode Island head coach Jim Fleming said. "He was a hard worker with a bright future, and he made a great impression on all of us during his time here. Our thoughts and prayers are with his family." 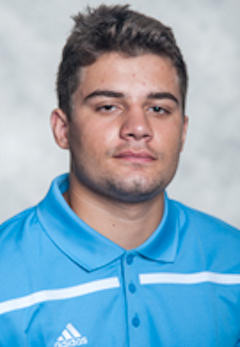 Vagias did not appear in any games during his freshman season, which he red-shirted. He was ranked among the nation's top 50 high school kickers as a senior, voted New Jersey's best for 2014.

"The entire URI athletics family is deeply saddened by this tragic event that took a young man's life way too early," Director of Athletics Thorr Bjorn said. "Our sincere condolences go out to Leo's family during this difficult time. We want them to know that we will always be here for them."

Friends of both young men met at Don Bosco High School Monday evening, stunned. The deaths of two close friends just as they were starting life ended a bond forged in sports and life.

"We're more than brothers, Sam is blood, he was blood to me, we share the same, we are friends, they are brothers for life and you are never going to forget them," Ciccones said.

According to police, the preliminary investigation at the scene indicates that the victims were ejected from the vehicle during the crash.
Related topics:
n.j. newsnew jersey newsaccidentrutgers universitycrash
Copyright © 2020 WPVI-TV. All Rights Reserved.
More Videos
From CNN Newsource affiliates
TOP STORIES