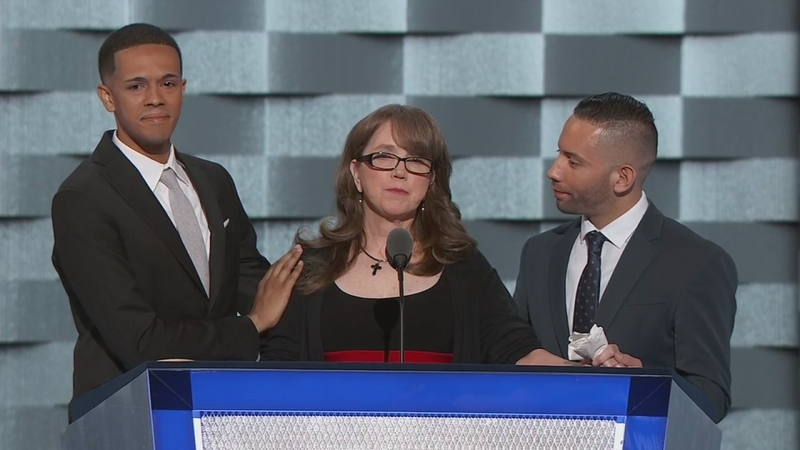 PHILADELPHIA -- The mother of a man who died in the Orlando nightclub shooting last month brought delegates to their feet at the Democratic National Convention in Philadelphia.

Christine Leinonen spoke as part of a gun violence theme on Wednesday night.

She asked why "commonsense" gun policies weren't in place when her son died.

"I never want you to ask that question about your child," Leinonen said, which was met with a standing ovation from the crowd.

Leinonen stood on stage with two survivors of the shooting at the Pulse nightclub that claimed her son, and her son's boyfriend.

"It takes about five minutes for a church bell to ring 49 times. I know this because, last month, my son Christopher, his boyfriend Juan, and 47 others were murdered at a club in Orlando."