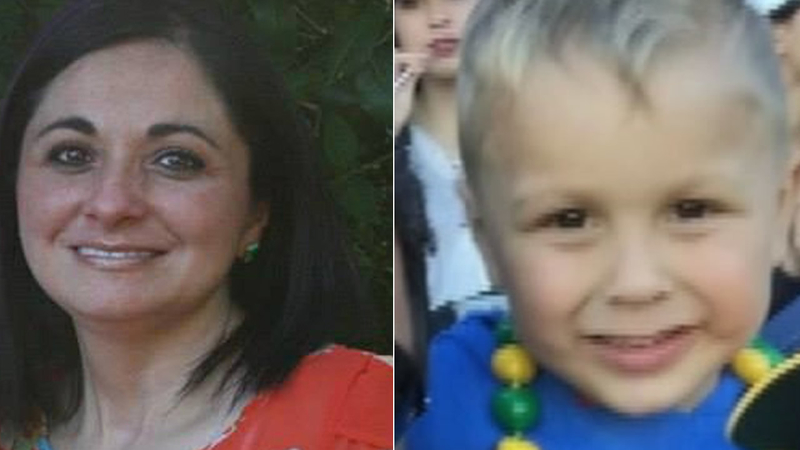 SAN RAMON, Calif. -- "Elijah was the sweetest kid," said Chuck Manoiki. "I miss him. I miss him so much."

Manoiki is the grandfather of 3-year-old Elijah Dunn, who died after his mother's car was hit by an alleged drunk driver, who plowed into their car on I-680 in San Ramon.

Manoiki watched Elijah and his 1-year-old sister Sunnyvale on Friday. His daughter, Crystal Manoiki, was driving them home when she ran out of gas on I-680 in San Ramon near the Bollinger Canyon Road exit.

"I told her you can't blame yourself. Everybody runs out of gas. It happens," said Chuck.

CHP investigators say 39-year-old Yarenit Malihan of Pleasanton drove under the influence when she hit the stalled Toyota Camry around 6:20 p.m. Malihan is the wife of an Alemda County Sheriff's deputy.

"The family was doing everything they could to stay safe given their circumstances," said Officer John Fransen with the CHP.

The children were all properly buckled, but Elijah took the brunt of the impact and had to be airlifted to Children's Hospital in Oakland.

"They told us that my grandson didn't make it, that he died right on the table," said Chuck fighting back tears.

All Manoiki wants to hear from her is for her to say "I'm sorry."

"It's not going to bring my grandson back, but at least I know you feel remorse about what you did," said Chuck.