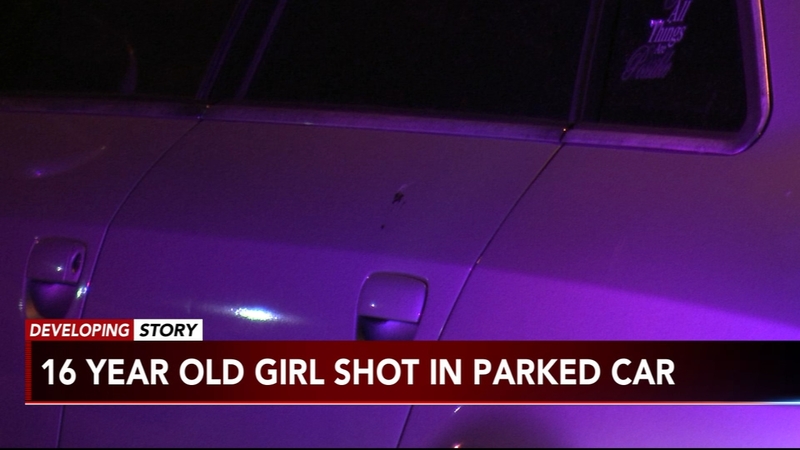 PHILADELPHIA (WPVI) -- A 16-year-old was shot while inside a parked car in West Philadelphia, police said.

It happened just before 10:30 p.m. Thursday at 51st and Brown streets.

Police said 25 shots were fired from two weapons at a group of girls sitting in the car near the West Mill Creek Playground.

"So it appears our victim was sitting in this vehicle with other females when for some reason someone began firing shots into that vehicle from very, very close range," Philadelphia Police Chief Inspector Scott Small said.

Authorities also found a shell casing on the basketball court.

Philadelphia police are investigating after a shooting injured a 16-year-old girl on Thursday night.

Police said someone drove the girl to a nearby hospital.

She suffered a shoulder wound and is listed in stable condition.

The other victims were not at the scene when police arrived.

Authorities hope cameras nearby will help lead them to the shooters.