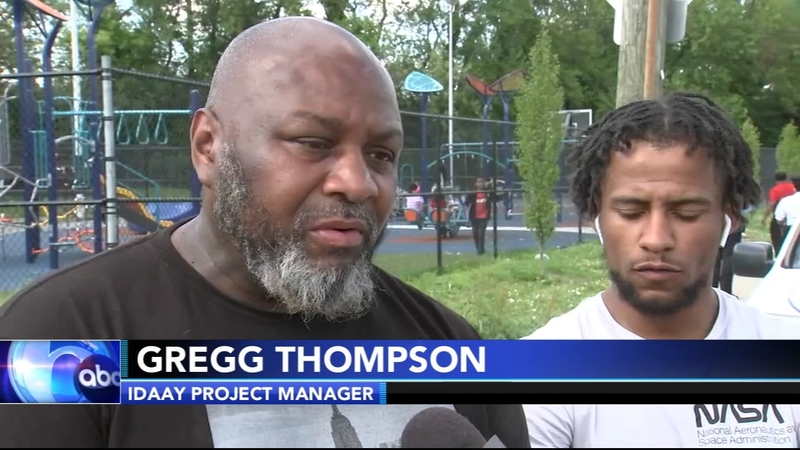 PHILADELPHIA (WPVI) -- On the same block where a 16-year-old was shot and killed, activists and authorities went door to door talking to residents on the 5600 block of Grays Avenue as part of a peace walk Friday.

"Any kind of violence is unacceptable, but violence inside a playground is absolutely ridiculous," said Philadelphia police captain Scott Drissel.

Murders are up 40% from this time last year in the city, and some of those victims have been children.

"I know a lot of old people that have been killed. It's just where we live, nothing you can do about it," said a teenager who did not want to be identified.

This 16-year-old is part of the Institute for the Development of African American Youth, a violence intervention group that helps kids who've had brushes with the law get a second chance.

This week the nonprofit received a grant of $25,000 from the Philadelphia District Attorney's Office. It's part of an effort to help kids like this teen turn his life around.

"It's helping stay out of the way, out of trouble because that ruins my chances of becoming an electrician," he said. "I'd normally be outside right now, 4-7 I'd be outside. That's more of a chance of me dying than being in here."

Gregg Thompson, who is the program's project manager, said, "We want them to see this and to know how close they are to this. The reality of death is very real for them."