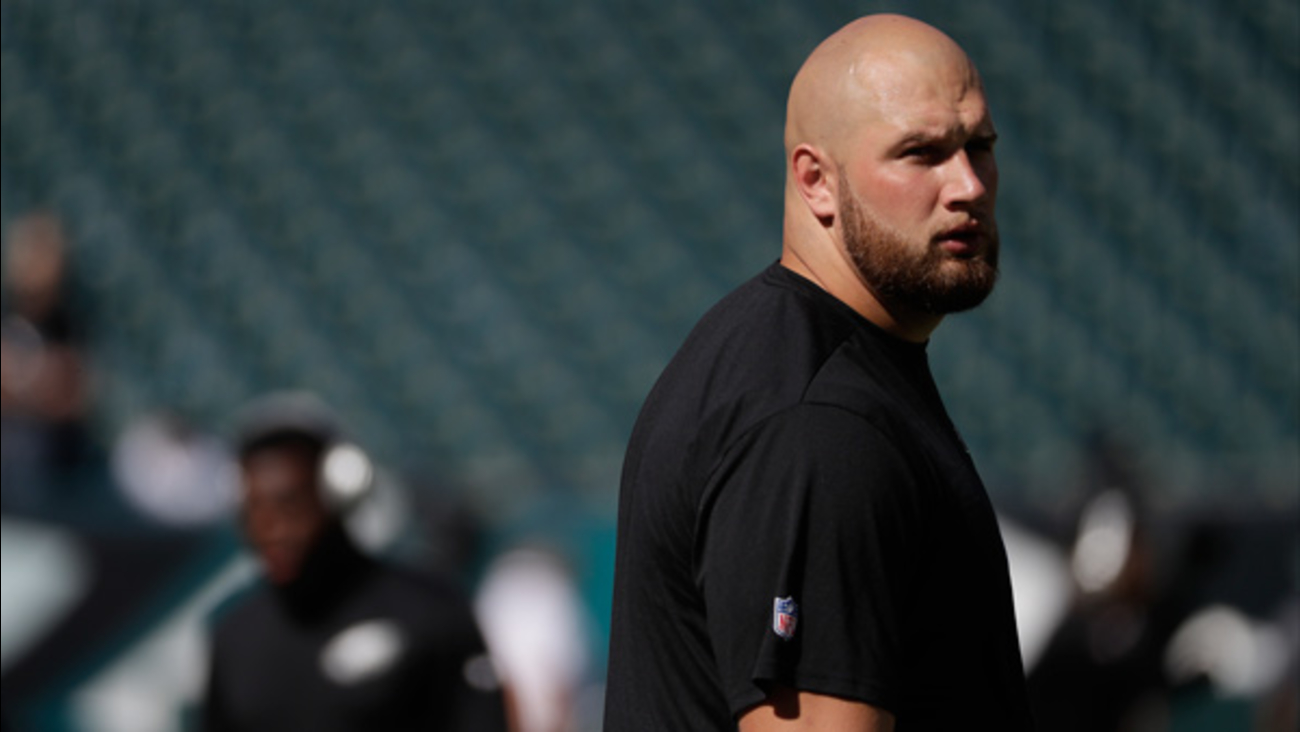 Philadelphia Eagles' Lane Johnson warms up before the first half of an NFL football game against the Pittsburgh Steelers, Sunday, Sept. 25, 2016, in Philadelphia. (AP Photo/Michael Perez)

ESPN
By Tim McManus
Philadelphia Eagles offensive tackle Lane Johnson has filed charges against the NFL and NFL Players Association with the National Labor Relations Board, his attorney Steve Zashin confirmed in a statement to ESPN's Adam Caplan.

"Lane also filed a complaint against the NFLPA with the Department of Labor ("DOL") under the Labor Management Reporting and Disclosure Act," the statement reads.

"During Lane's appeal, it became apparent that the written words in the collectively bargained Performance-Enhancing Substances ("PES") Policy, under which Lane was disciplined, are meaningless.

"The PES Policy, as written, guarantees rights, protections and due process to players in recognition of the enormous consequences of discipline.

"The NFL and the NFLPA have undermined these protections leaving the players -including Lane -- with a hollowed-out process devoid of any protections. The actions of the NFL and NFLPA violate federal law.

"Lane trusts that he can get a fair hearing with the NLRB and the DOL."

Johnson is currently serving a 10-game suspension for violating the league's performance-enhancing drugs policy for a second time. He believes the positive test was the result of taking an amino acid he purchased online that was contaminated. Johnson said at the time that he checked the contents on the label with an app provided by the NFLPA.

"I feel like the players have no rights. The supplement industry is not regulated, so you do not know what's in it. That's hard to believe, coming from a second-time offender, but I want that to be clear -- that the NFLPA does not stand up for players," Johnson said in August. "They don't check the supplements. They give us an app. Then if you call and ask them if you test positive for something they approve, it doesn't matter."

He began serving the suspension in mid-October after losing the appeals process, which he described as "eight hours of bickering back and forth and discussing league policy."

"It just felt good going in there and taking it head on. It was mainly just a conversation on the policy [the NFL has] in place. It didn't have to do with any substances, mainly just changing the testing procedures," he said.

"Man, the thing was, just face it head on. We weren't going to be intimidated by the NFL."

Johnson has four games remaining on his suspension and is eligible to return for the Eagles' second-to-last game against the New York Giants.