Giants, Ben McAdoo fined for use of walkie-talkies vs. Cowboys 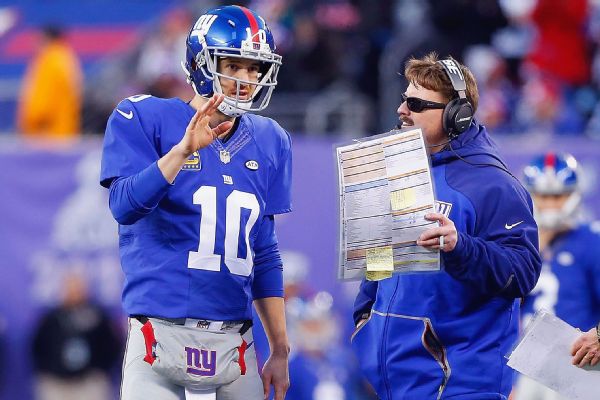 The NFL fined the New York Giants $150,000 and coach Ben McAdoo $50,000 for the illegal use of walkie-talkies during their Week 14 victory over the Dallas Cowboys, the league announced Tuesday.

In addition, the Giants' fourth-round pick in the 2017 NFL draft will fall a maximum of 12 spots in the fourth round and could drop below compensatory picks, depending on the spot the team will select from.

The penalties were for a violation of the NFL's game operations policy. Coaches are not allowed to hold two-way radios during a game, because such radios are not capable of being cut off with 15 seconds remaining on the play clock.

McAdoo was seen on the sideline holding the walkie-talkie when it was apparent the team was having trouble getting plays to quarterbackEli Manning.

One NFL source told ESPN's Adam Schefter that even though the Giants weren't communicating with Manning within 15 seconds of the play clock ending, they had the "opportunity" to do it.

Another NFL source told ESPN that people around the league think the Giants' actions are a "pretty big deal" and a "blatant disregard for a known rule for a competitive advantage."

The league took into consideration that the Giants fully cooperated with the investigation and that it was their first violation of the policy.

McAdoo used the walkie-talkies for five plays in the Giants' 10-7 victory over the Cowboys on Dec. 11 at MetLife Stadium. The drive ended when Manning threw an interception.

The Cowboys did not file a formal complaint with the league, but with the violation being seen on the broadcast, the league almost immediately began looking into the situation.

Cowboys executive Stephen Jones wouldn't confirm or deny last week that his team contacted the league about the matter.

"We don't comment on things like that," he said, "but it's obvious to everybody what happened, and my understanding is it's being looked into and handled."

Jones said the team believed the use of the walkie-talkies did not play a part in the outcome of the game.

McAdoo said late last week the Giants were "working with the league on the incident." He was unaware of any fine or penalty after the Giants finished practicing on Wednesday afternoon.

He also said he hadn't thought about what would be an appropriate penalty, saying he was instead focused on the Giants' game on Thursday night against the Philadelphia Eagles.

McAdoo is in his first year as an NFL head coach. He spent two seasons as the Giants' offensive coordinator after eight seasons as an assistant with the Green Bay Packers. 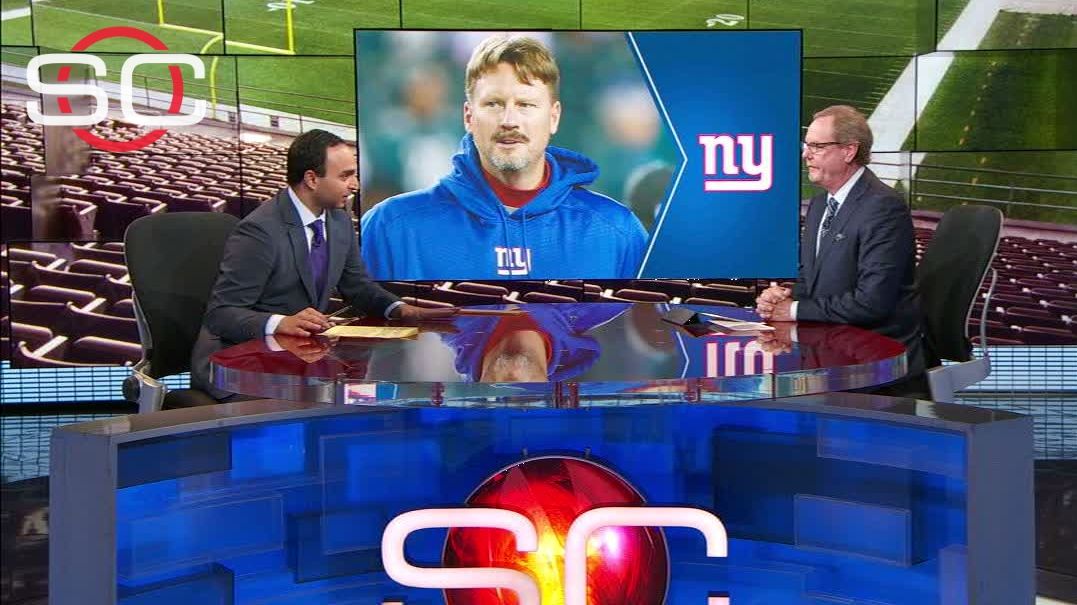