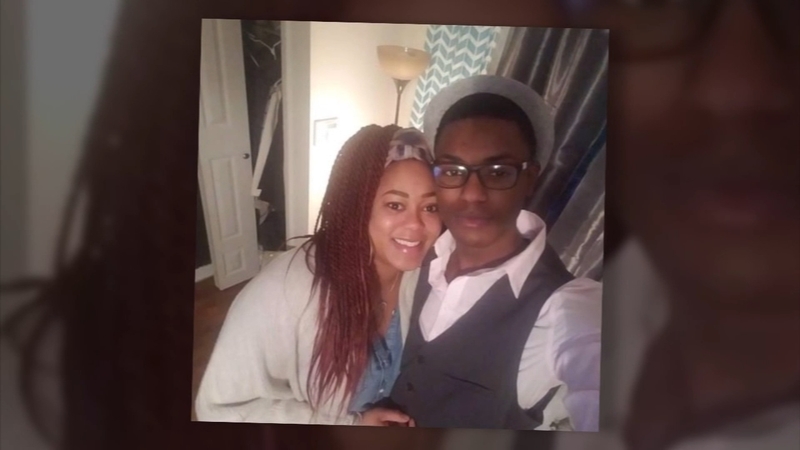 MAYFAIR (WPVI) -- A 17-year-old boy managed to escape the flames when his house caught fire in the Mayfair section of Philadelphia last week, but his mom was still inside.

"I woke up, I only took five breaths and I realized I didn't have that many more," says 17-year-old Jalen Watkins, who was in his second-floor bedroom when thick smoke from a fire downstairs trapped him upstairs.

"I only had one option, jump out the window," Jalen says.

Fire broke out in the kitchen of the family's home on the 2800 block of Stevens Street late Friday night.

Once outside, Watkins says he tried to run in to save his mom and stepdad but a neighbor stopped him.

"I actually heard my mom groaning as she was reaching for the door. That noise is something that I don't think I'll ever forget," Jalen says.

Watkins and a neighbor broke down the door and dragged 40-year-old Yvonne Smith out. She suffered smoke inhalation, second degree burns on the upper half of her body and face. Her family says she was placed in a medically induced coma to help her recover.

"I'm trying to stay strong. She's recovering well. We visited her at the hospital today. She woke when she heard my voice," Jalen says.

Watkins says his mother who works as a chef doesn't have medical insurance so family and friends are raising funds to help.

Meanwhile, Watkins who's a senior in high school, says he has lost all his possessions but has everything he needs.