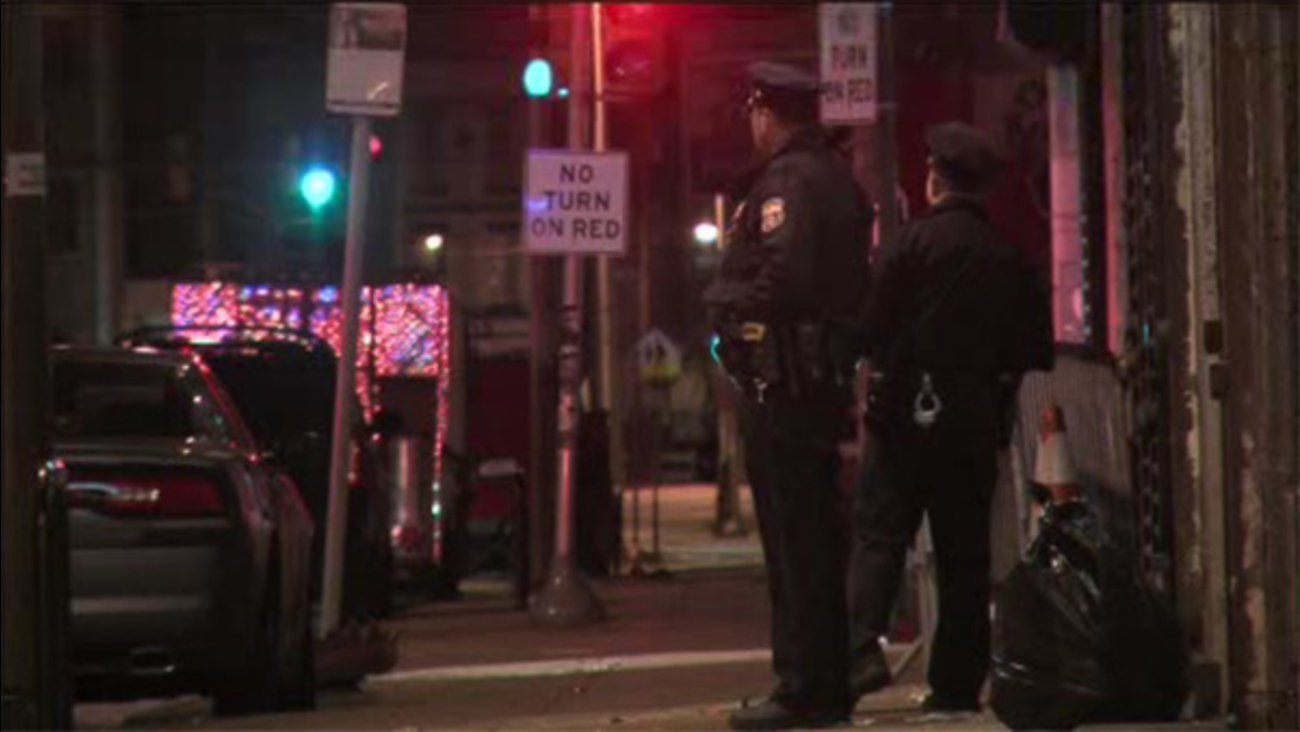 It happened around 2:30 a.m. Saturday outside the Ridge Capitol Bar and Grill on the 2800 block of Ridge Avenue.

Police say security guards fired more than a dozen shots during the incident.

A 26-year-old woman was shot in the back as she was running down the street. She was taken to the hospital by a private vehicle.

A second victim, 24-year-old man, was shot repeatedly and found with a gun nearby.

Three other bullet shell casings came from that gun, according to police.

Both victims are listed in critical condition at Temple University Hospital.

A 32-year-old man suffered a grazed wound to his head.

According to reports, three suspects were seen getting into a dark-colored vehicle, possibly a BMW.

That vehicle was last seen heading northbound on Sedgley Avenue.