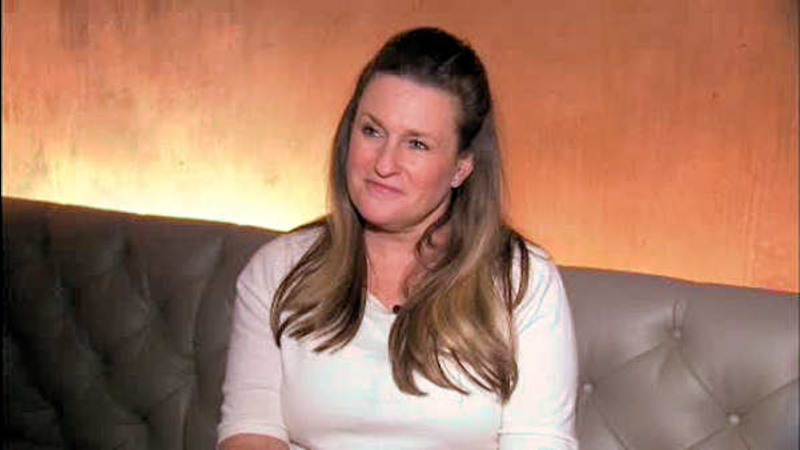 NEW YORK -- Two victims of the Boston Marathon bombing are taking another remarkable step in their recovery, four years after the horrific attack.

Now, one woman who lost a leg in the blast is planning her wedding while also planning to conquer an iconic New York City race.

The Empire State Run-Up is a competition to scale all 86 flights of stairs to the top of the skyscraper.

Boston bombing survivor Roseann Sdoia remembers when the pressure cooker went off and those who came to her rescue, including handsome firefighter Mike Materia.

"He helped load me in and accompanied me to the hospital," she said.

In a twist of fate, after her world had been blown apart, love fell into place. Materia brought her flowers and supported her recovery, and he was there as she got her first prosthetic.

She got back on her feet, but instead of focusing on a leg lost, she sees what she has gained.

"Although something happened bad to me, it was short," she said. "Since then, I have so much good with Mike being in my life."

And soon, she will marry her rescuer.

"For me, finding love and me in his world, and he in mine, and that's a lifetime," she said.

The couple will also climb 86 flights to the top of the Empire State Building.

"Mike is actually doing it in full bunker gear, and it's going to be interesting to see who has to push who up to the top," she said.

Their love story and her other heroes -- including a Boston cop and college student -- are a part of her book she wrote called "Perfect Strangers: Friendship, Strength, and Recovery After Boston's Worst Day."

"It was just a moment in time," she said. "And now, this is in my life forever."