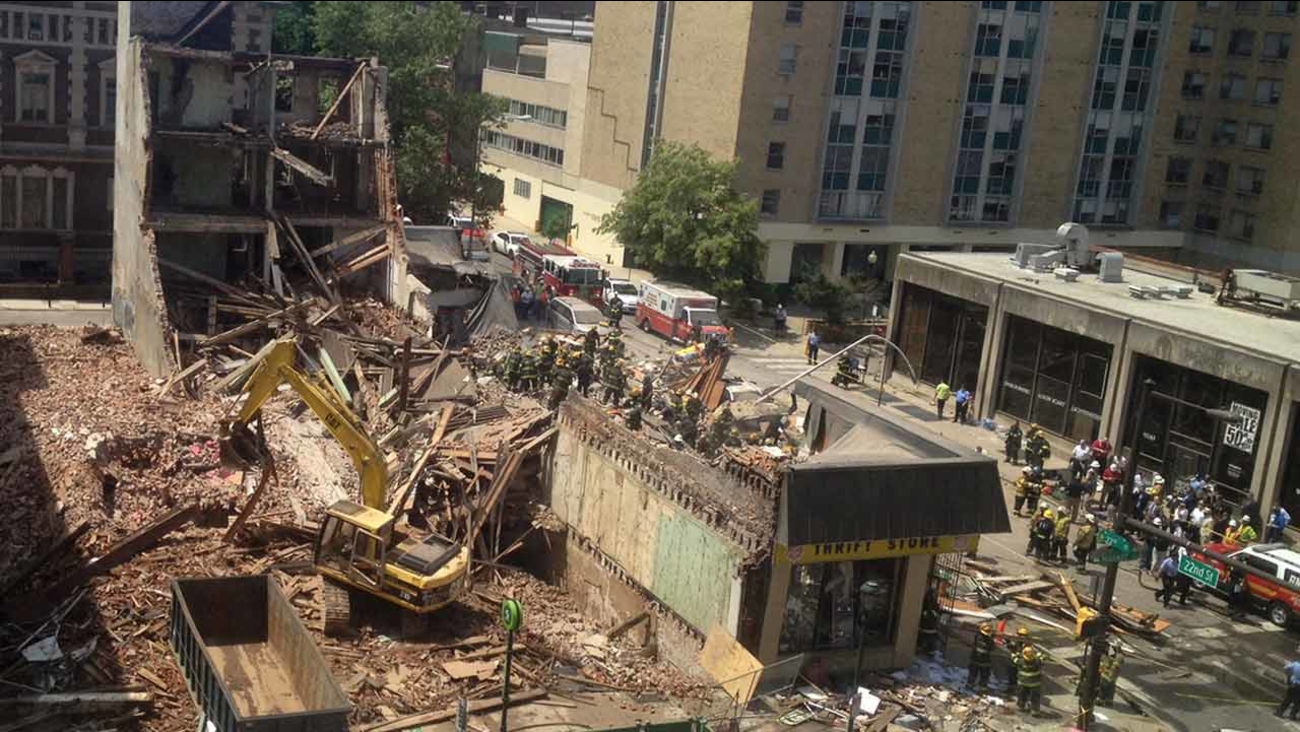 PHILADELPHIA (WPVI) -- Lawyers for 19 people killed or injured in a Philadelphia building collapse reached a $227 million settlement with several defendants Wednesday during the damages phase of a five-month trial.

"We can't always expect government to protect us from ourselves. Safety begins with the business owners, with contractors, with developers," said lawyer Steven Wigrizer, who represented the family of Roseline Conteh, 52, who was killed while shopping on the thrift store's midweek sale day to send clothes back to her native Sierra Leone.

Two unqualified demolition contractors are serving long prison terms for involuntary manslaughter convictions. Basciano was never charged, and his architect, who hired a longtime food truck owner as the lead demolition contractor at a cut-rate price, got immunity for his cooperation. The victims sought damages from all four of them - although the jailed contractors are penniless - along with the Salvation Army.

Basciano's lawyer, Thomas Sprague, called the collapse "a terrible tragedy" and said his client was pleased for everyone's sake the case has been resolved. Lawyers for Marinakos and the Salvation Army did not immediately return calls for comment.

The victims' lawyers called the sum the largest personal injury settlement in state court history. Lawyer Robert Mongeluzzi called it "a powerful deterrent" to businesses that try to cut corners and put lives at risk. The jury had taken just four hours before finding the defendants liable for damages on Jan. 31.

"Since May 10, the Salvation Army received emails warning of a threat to life and limb, and that there could be an uncontrollable collapse. And despite that, they never did anything to protect their employees and customers," said Mongeluzzi, who faulted the charity for keeping the thrift store open. The store was at the edge of the downtown business district. 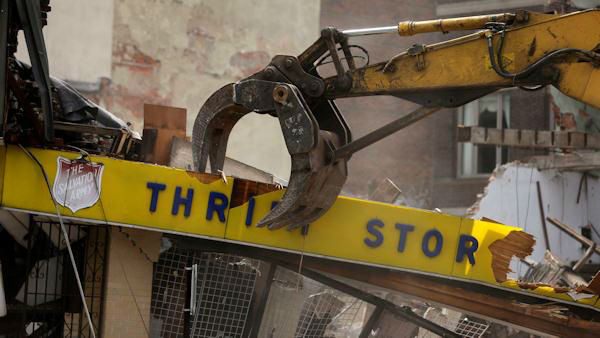 Some of the survivors were left permanently injured, including one woman who lost both legs.

An arbitrator will determine how much each of the 19 plaintiffs receives in the settlement. The amount to be paid by each defendant will remain confidential. Lawyers for the defendants did not immediately return calls for comment.

A city building inspector who worked in the neighborhood killed himself days after the collapse, although no evidence surfaced of any wrongdoing.

The victims' lawyers said the city is safer today because of reforms initiated in the wake of the collapse, including tougher rules for obtaining demolition permits.

The other victims include two young women, both 24, shopping and dropping off clothes, and a store worker who had talked in the morning with one of the now-jailed contractors, Sean Benscop. Benscop was operating machinery at the site despite being on painkillers for an injury that left him with a cast on his hand.

Conteh had been a teacher in Sierra Leone before felling the war-torn country 10 years earlier. She worked two shifts a day as a nursing assistant and became a U.S. citizen, her family said.

"It's a typical immigrant story - coming to America, you come for a better life and safety. It's just unfortunate that this happened to her," said her son, Aiah Gbessaya, standing at a press conference Wednesday beside two brothers, an aunt and his mother's husband. "She was the cornerstone for me. It's very tough."
Related topics:
center city philadelphiaphilly newssalvation armycollapselawsuit
Copyright © 2021 WPVI-TV. All Rights Reserved.
More Videos
From CNN Newsource affiliates
TOP STORIES