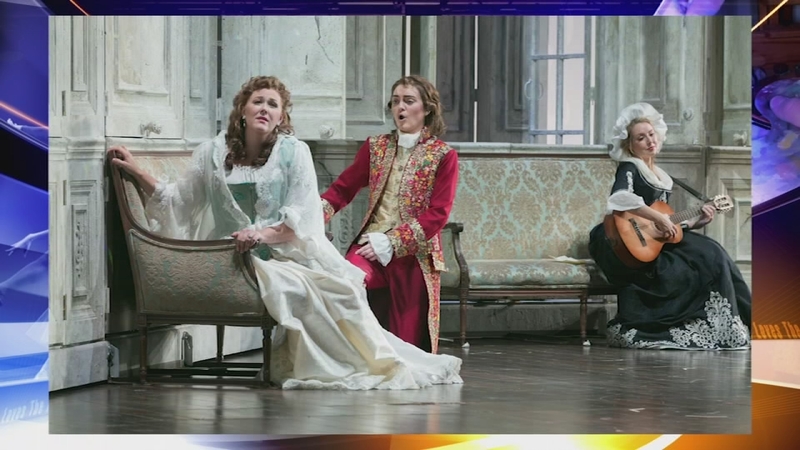 PHILADELPHIA (WPVI) -- One of the most beloved operas of all time takes center stage later this month in the latest offering from Opera Philadelphia.

Mozart debuted The Marriage of Figaro in Vienna in 1786. And now, more than 200 years later, the comedic opera remains a favorite of both audiences and critics the world over.

The Marriage of Figaro tells the story of Figaro and Susanna.

"Figaro and Susanna are getting married, but there's a hitch because the count wants to have the first go at the bride," explains John Chest, who sings the role of the philandering count.

So the servants concoct a plan to fend off the count's advances while moving ahead with plans for their wedding.

"It's sort of like everyone running around and plotting and scheming," said Chest.

Chest and Layla Claire, who sings the role of the betrayed countess, are a couple in real life.

"Oh the poor countess," says Claire. "She's singing about her broken heart and how she wishes that her husband would love her again."

The comic opera features some of Mozart's most notable music, including the opera's famous overture.

"It's some of the most beautiful music ever written," said Chest.

"Da Ponte was a really good friend of Mozart's," Claire explained. "So it was like a magic team together, and the comedy is so animated."

And the cast promises the end of each act will leave you wanting more.

"It's a very relatable comedy with very funny characters," said Claire. "I think there's a little bit of something for everyone."

Opera Philadelphia performs the Marriage of Figaro April 28 through May 7 at the Academy of Music in Center City Philadelphia.

You can find tickets and show times at theartsinphilly.org.

And we invite you to follow The Arts in Philly on Twitter for regular chances to win tickets to area events.