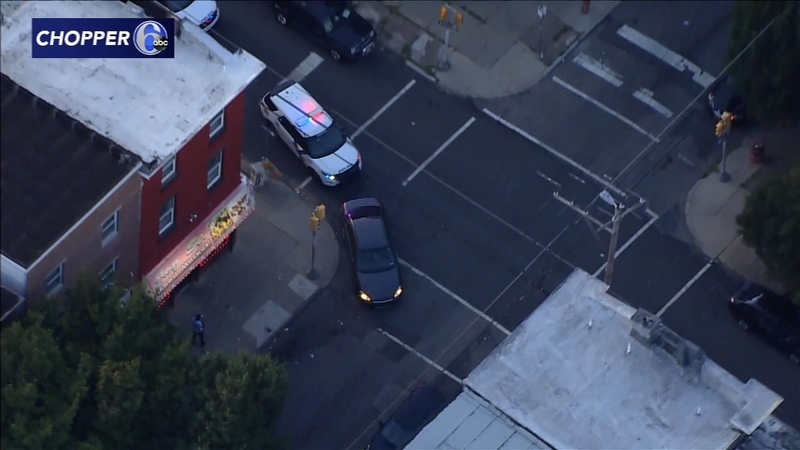 PHILADELPHIA (WPVI) -- A wild police chase through parts of Philadelphia ends with two people in custody on Thursday night. Police say one suspect is still at large.

Police say officers chased a car through parts of the Mantua section of the city and into North Philadelphia. The chase came to an end near 17th and Jefferson Street.

"They broke the back window out, and the one cop pulled the dude out with the guns drawing," said Robin Frazier

Chopper 6 was over the scene as a flurry of officers ran toward the car. Video shows one officer using a baton to bash the window, ultimately leading to the arrest of two suspects.

Detectives say at least one of them had been spotted with a gun in West Philadelphia before taking them on a high-speed chase.

It's unsettling for residents like Frazier, after the last 24 hours in Philadelphia.

"Cops are getting shot, now the guy in the car," said Frazier.

Hours before the chase gunfire rang out on the 5400 block of North 15th Street.