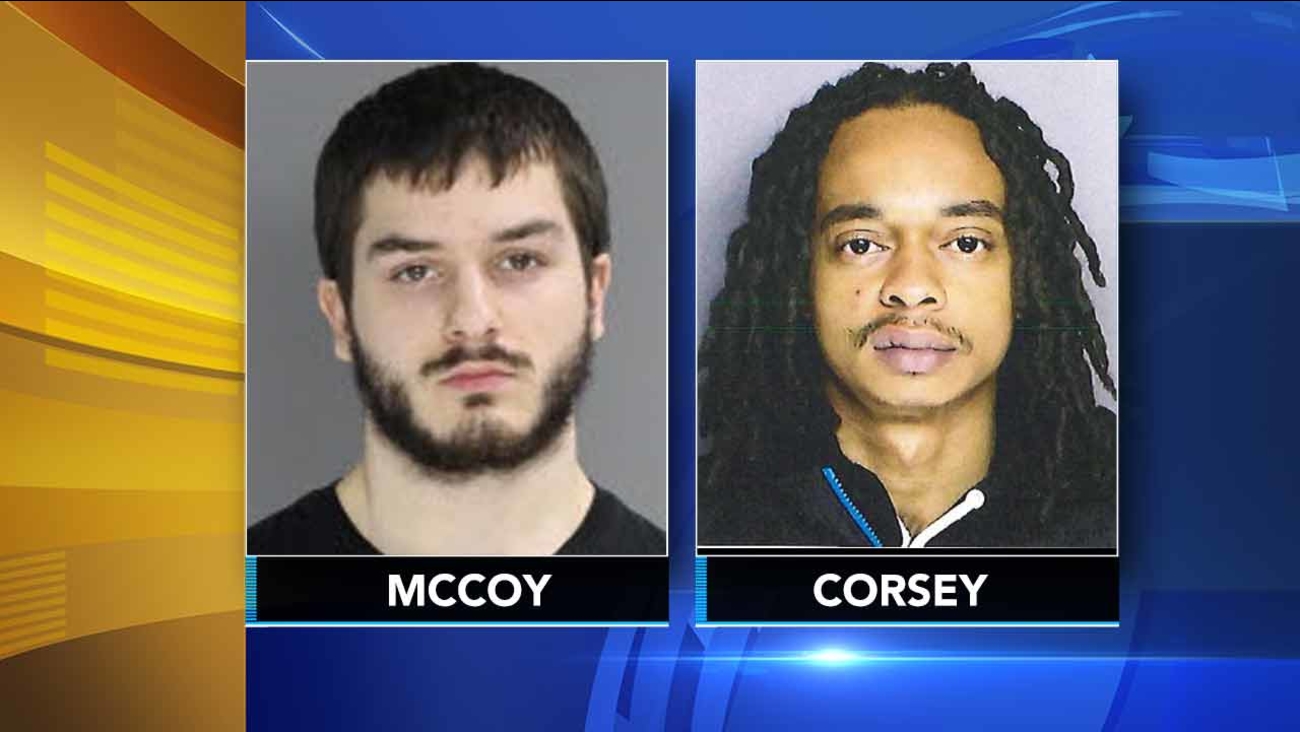 Two men have been charged in connection with the murder of a Phoenixville Area High School freshman outside a Dunkin' Donuts shop last year, the Chester County district attorney's office announced Tuesday.

McCoy has been arrested and committed to Chester County Prison.

Corsey, the suspected shooter, is still at-large and wanted.

According to officials, on December 27, 2017, McCoy and Corsey arranged via Snapchat to buy marijuana from 15-year-old Jayson Ortiz-Cameron and another victim at the Dunkin' Donuts in Phoenixville.

They say McCoy and Corsey actually planned to rob the two victims.

McCoy, Corsey, and another man drove to the Dunkin' Donuts, driving a complete loop around the parking lot to make sure they were not under surveillance, they say.

Corsey had a gun with him, the DA's office says.

Corsey and McCoy met with Ortiz-Cameron and the other victim in the rear of the parking lot.

Officials say there was talk between the groups.

Eventually, Corsey and Ortiz-Cameron were alone near the parked car.

The DA says McCoy then grabbed the second victim and refused to let him near Corsey and Ortiz-Cameron.

Corsey pulled a gun and shot Ortiz-Cameron in the head, according to officials.

Corsey, McCoy, and the third man, who never got out of the car, immediately fled in their vehicle.

Ortiz-Cameron was pronounced dead at the scene.

"The senseless murder of a 15-year-old boy was the result of a petty drug deal gone awry. It is a tragedy that reinforces the dangers of all illegal drug use in our community. These charges are another example of the cooperative efforts between the Phoenixville Police Department and Chester County District Attorney's Office to combat drug-related crime," Phoenixville Police Chief Tom Sjostrom said in a statement.

Anybody with further information on Brian Corsey should contact Phoenixville Detective Nick Natale at (610) 933-1180 or Chester County Detective Joe Walton at (610) 344-6866.