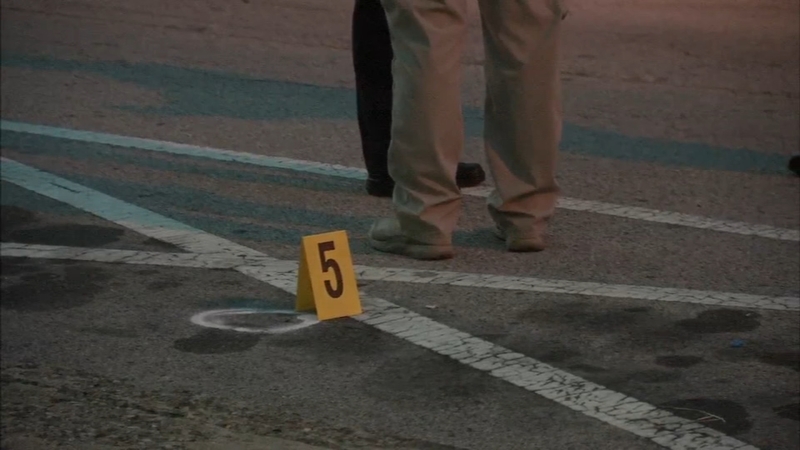 GERMANTOWN (WPVI) -- Philadelphia police said two people are in critical condition following a shooting in the Germantown section of the city Wednesday night.

Police said there were five people sitting on the porch of a home on the 6300 block of Cherokee Street around 7 p.m. when someone in a white SUV or Jeep drove by and started firing at them.

An 18-year-old woman was shot twice in the stomach and a 20-year-old man was shot in the left arm and chest. Both were taken to Einstein Medical Center where they remain in critical condition.

"We don't know the motive of the shooting," said Philadelphia Police Chief Inspector Scott Small. "It appears that the shooter or shooters were intentionally firing into the front door."

Neighbor Deanna Woodbury said she heard about six or seven shots from her bedroom.

"I saw them carry the body in the house and I said 'Oh my God!'" she said. "I can't believe that they go like that in daylight, shooting like that right in the daylight, right in the open with people walking their dogs and kids outside."