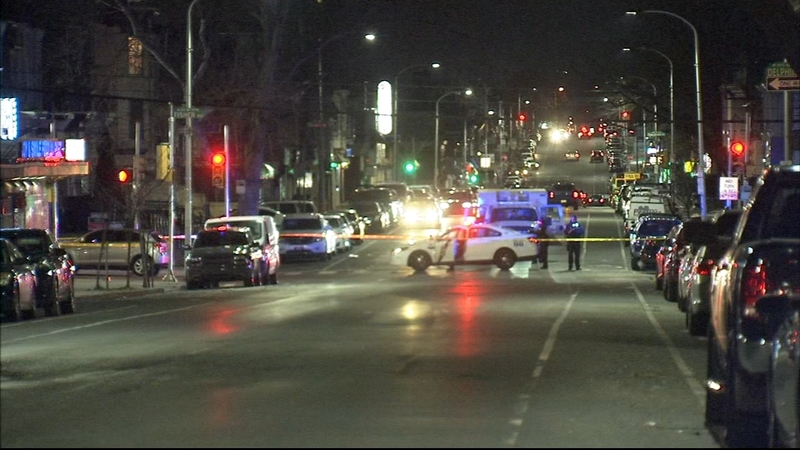 PHILADELPHIA (WPVI) -- Two deadly shootings and an attempted carjacking are among the latest incidents under investigation by Philadelphia police on Sunday night.

Police say around 7:08 p.m., an 18-year-old man died after being shot in the chest on the 1800 block of Sullis Street. No arrests have been made at this time.

Around 5:17 p.m., police say a woman was shot in the city's Olney section. She was found shot multiple times across her body. She was rushed to an area hospital where she later died.

It's still unclear where the woman was shot in Olney, but officers held two crime scenes in connection with the shooting: one on the 5300 block of North 5th Street and another on the 400 block of West Fisher Street.

A young man was gunned down while at work in South Philadelphia, and police need the public's help to find his killer.

And just before 6 p.m., a man who was attempting to steal a vehicle was shot on the 4000 block of L Street in the city's Juniata section, authorities confirm to Action News.

It's still unclear who shot the man but police say he's currently listed in critical condition at an area hospital.

Anyone with any information is connection with these incidents is asked to call police at 215-686-TIPS.

The Action Cam was on the scene in Philadelphia's Olney section where a shooting left a woman dead on March 7, 2021.