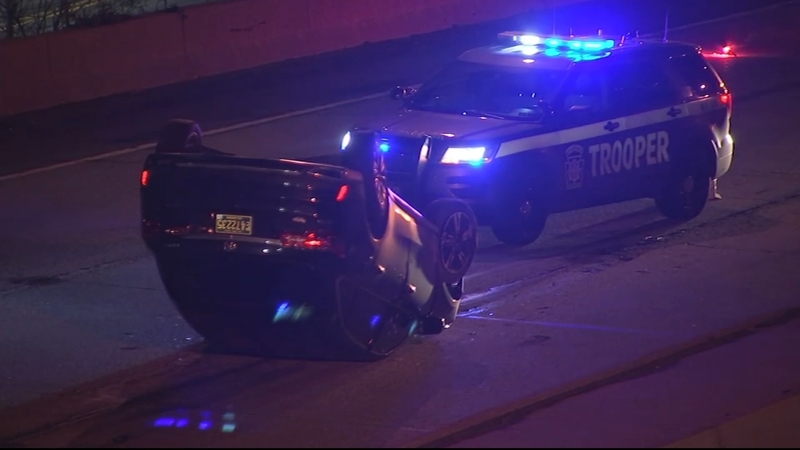 PHILADELPHIA (WPVI) -- A crash investigation on the Schuylkill Expressway took a major turn when police found two people inside a SUV with multiple gunshot wounds.

It happened around 11 p.m. Thursday, shortly before the start of the new year.

The Acura MDX SUV was found rolled over in the westbound lanes of I-76 near the Girard Avenue Bridge, authorities said.

A 21-year-old man and a 20-year-old man were rushed to Temple University Hospital where they were listed in stable condition.

The crash caused a backup as there were many cars on the road just before midnight.