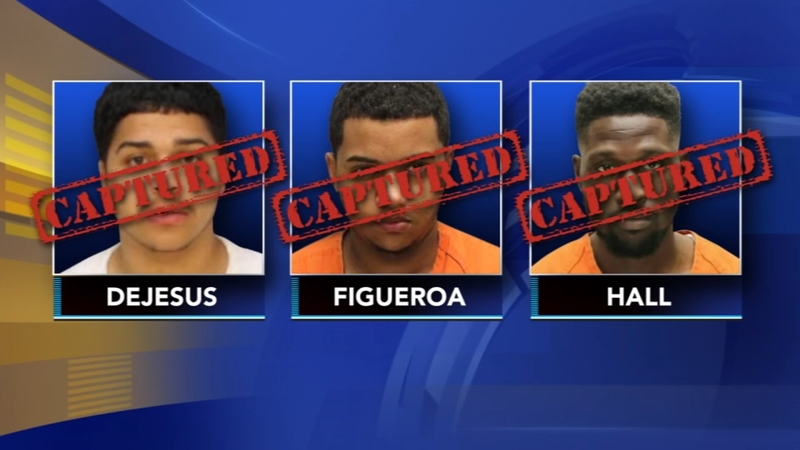 PHILADELPHIA (WPVI) -- Police have arrested two more suspects wanted in connection to the shooting of two undercover detectives in Camden.

Nineteen-year-old Alexander DeJesus of Philadelphia and 26-year-old Ammar Hall of Camden were arrested Tuesday in the Kensington section of Philadelphia. The third suspect, 20-year-old Juan Figueroa of Camden, was arrested this past weekend.

The shooting happened on August 7.

Two plainclothes Camden County detectives were sitting in their vehicle at a red light when a van pulled up. Police say two people got out of the van and opened fire on the officers.

Arrest warrants have been issued for Alexander DeJesus (left), Ammar Hall (center), and Juan Figueroa in the shooting of two detectives in Camden, New Jersey on August 7, 2018.

Authorities say 25 rounds were fired in a matter of seven seconds. One of the detectives was able to return fire.

All three suspects have been charged with first degree attempted murder.