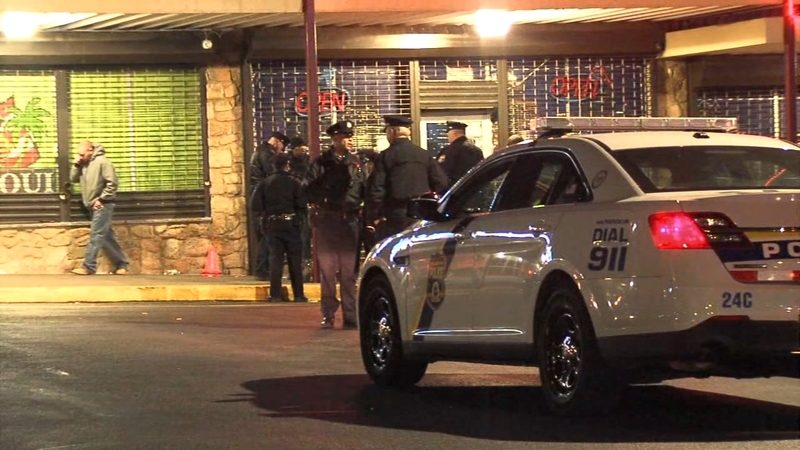 JUNIATA PARK (WPVI) -- Philadelphia police were called to an after-hours club just before daylight, where two security guards were shot.

Action News has learned that four men were escorted out of the VIP After Hours club by security guards after causing a commotion inside around 5 a.m. Saturday.

The club is located in the Harrowgate Plaza Shopping Center in the city's Juniata Park section.

Security walked the men to their cars and physically put them into the vehicles because they would not leave the front of the club.

That's when one of the men allegedly pulled out a gun and began firing.

The younger guard reportedly fired 12 shots, but it's not known if anyone was hit.

The four men fled the scene and remain at large.