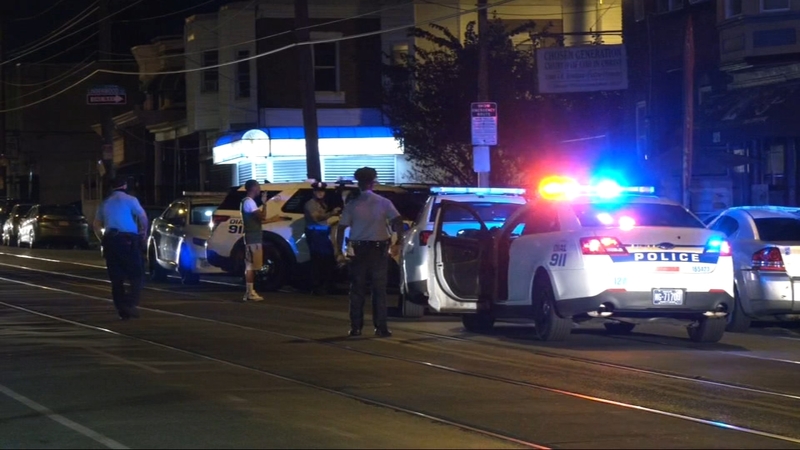 Triple shooting outside of restaurant in Kingsessing

PHILADELPHIA (WPVI) -- Police said three people were injured when at least 27 shots were fired outside of a restaurant in Philadelphia's Kingsessing neighborhood early Sunday.

It happened around 1:30 a.m. outside of Big Ben's restaurant on the 5200 block of Woodland Avenue.

Officers said they arrived to find a large crowd running from the scene.

Police said three victims were taken to Penn Presbyterian Hospital. Their conditions are unknown at this time.

Police have not made any arrests in the case.

Hours earlier there was another shooting in Kingsessing involving a man in his 20s.

Police said at least 17 shots were fired along the 1600 block of South 54th Street.

Police said the victim was taken to Penn Presbyterian Hospital in critical condition.