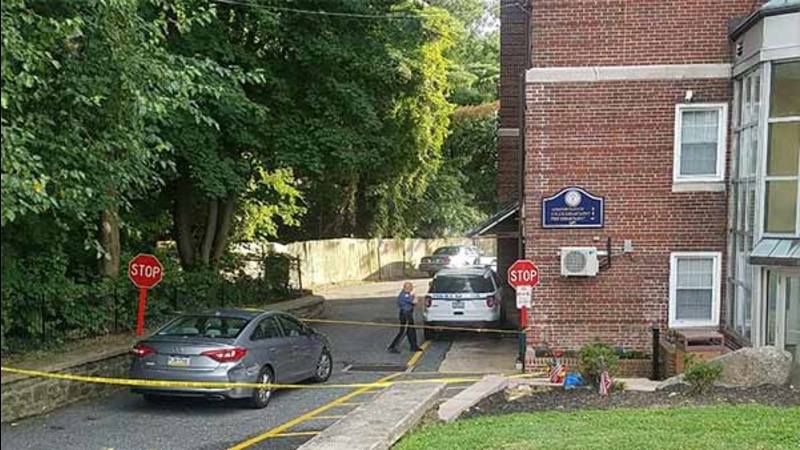 YEADON, Pa. (WPVI) -- Police are looking into a shooting that occurred in the middle of a pristine, quiet neighborhood in Yeadon, Delaware County.

Two victims were shot in an incident that has residents horrified.

"I was inside the house at the time and all of a sudden I heard like seven or eight gunshots go off and a bunch of tires screeching," one witness said.

Residents say it happened at about 5:45 p.m. Thursday at the intersection of Cypress Street and Parmley Avenue.

A silver Hyundai was headed north on Cypress when suddenly a man in a car behind it started firing several shots at the driver and his passenger.

A resident, who did not want to be identified, says the driver crashed into her neighbor's black Nissan and another car that was parked on the street.

The victim managed to drive the car to the Yeadon police station with the front windows shot out. He told police that he and his passenger had been shot.

Police transported both men to Mercy Fitzgerald Hospital with gunshot wounds to the shoulder.

Police initially treated the incident as a possible case of road rage, but their investigation later determined that the victims were targeted.