Investigation reveals more about owner of building in deadly fire 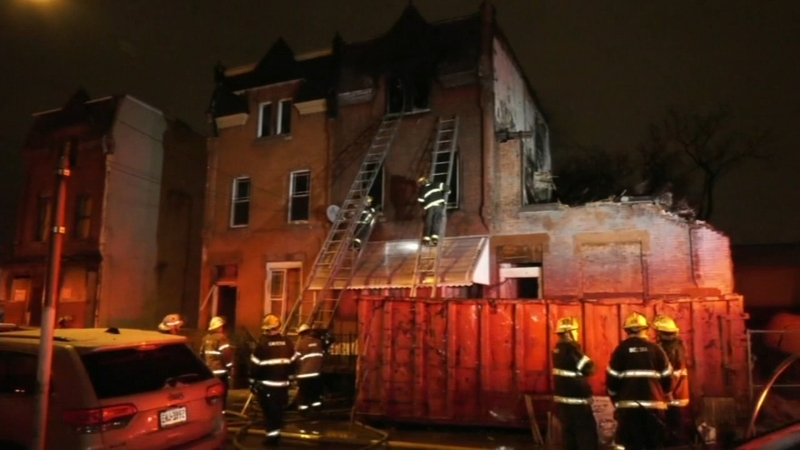 NORTH PHILADELPHIA (WPVI) -- An Action News investigation is uncovering new information about other buildings owned by the person who owns the structure that went up in flames last week, killing four people.

The same owner of the North Philadelphia home, allegedly operating as an illegal boarding house, may face criminal charges.

Now more than 20 properties he owns across Southwest and North Philadelphia are on the Department of Licenses and Inspections' radar.

"We will begin inspecting all these properties this week," L&I Commissioner David Perri said at a press conference Tuesday.

North 21st Street, owned by Granite Hill Properties and managed by Tyrone Duren, was zoned as a single family home - not a rooming house as it was allegedly being operated, which is a violation of city code.

L&I officials said Tuesday night that there is so far no evidence of working smoke detectors inside the home.

Officials even took Duren to court in 2014 and he agreed to vacate.

Today Action News visited some of the company's other properties spread across Southwest and North Philadelphia. Out of the four we visited, neighbors and residents tell us all of the properties are either currently operating as rooming houses or previously were. At least one was vacant.

A website city officials directed us to reveals only one home out of more than twenty owned by the company, according to public records, are zoned to operate as a rooming house.

Some residents complained about the conditions of the properties, including pipe issues, structural concerns and piles of trash.

"The things I went through with that property. It's been nothing but a nuisance," said Sandra Booker of Southwest Philadelphia.

According to a federal indictment from 2016, the owner is a former Homeland Security agent charged with laundering stolen drug money to buy properties such as these.

The cause of the North 21st Street fire is still under investigation.

The indictment lists Duren's company out of California, but he has a PO Box at a UPS store in University City. His attorney did not respond to Action News.

The district attorney's office would not comment about our investigation.