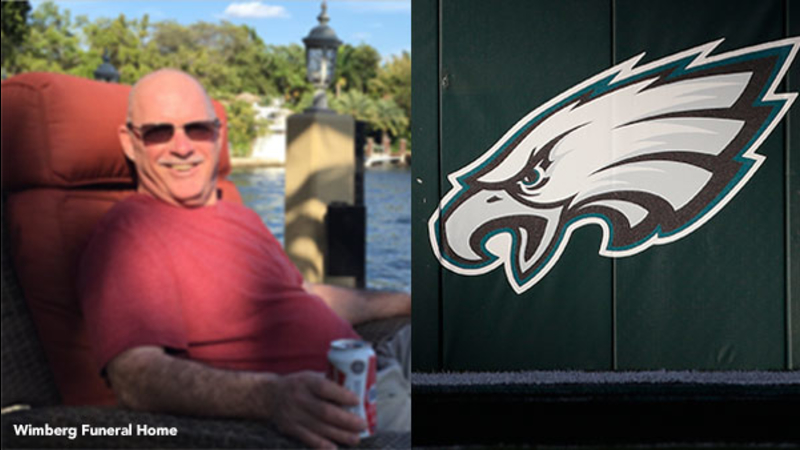 PORT REPUBLIC, N.J. (WPVI) -- A New Jersey man took a parting shot at the Philadelphia Eagles in his obituary.

The longtime Eagles fan's obituary asked for Riegel "to have 8 Philadelphia Eagles as pall bearers so the Eagles can let him down one last time."

Riegel was a passionate Eagles fan who owned season tickets for more than 30 years. Sadly, the Eagles never won a Super Bowl during his lifetime.

It was not always an easy team to love, his wife, Donna Lee Riegel, said. She sometimes suggested he pay allegiance to a different team.

According to her, "I just can't" was his response.

Riegel's friend, Lou Jiacopello, tells the Press of Atlantic City he couldn't help but laugh at his friend's humor.

Riegel did get to see the Eagles win one last time before his death, Donna Lee Riegel said. He saw last Thursday's 20-16 preseason victory over the Buffalo Bills.

"He got to see them go out on a win," his wife said, suggesting that may have been what he needed to make peace with death.