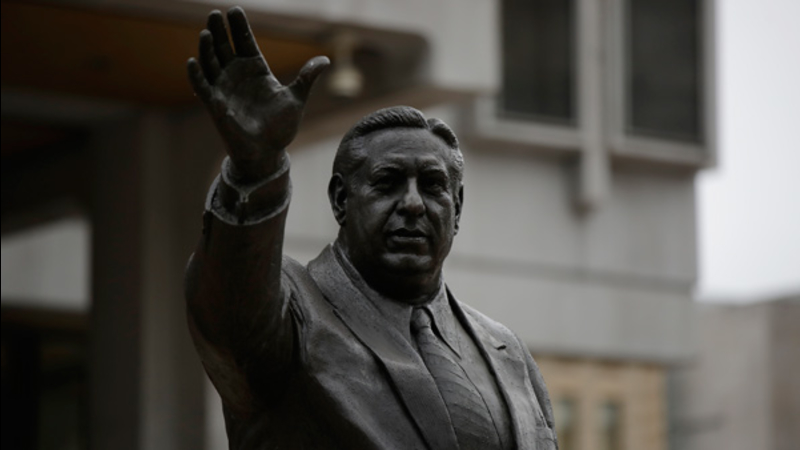 PHILADELPHIA -- Philadelphia is asking for the public's help in deciding the fate of a statue of former mayor and police commissioner Frank Rizzo.

Officials on Thursday announced they're taking suggestions on what to do with the statue after calls to tear it down escalated in the wake of a deadly white nationalist rally in Charlottesville, Virginia.

Rizzo served as the city's mayor from 1972 to 1980. Critics argue he reigned over a corrupt police department and used his power to alienate minorities. Supporters say he was a devout public servant who wasn't afraid to speak his mind.

Last week, the statue was egged and a man was arrested for spray painting "black power" on it.

Mayor Jim Kenney has said it's the "right time" for a conversation about the statue.

To submit your idea, visit Office of the Mayor's Website

Ideas can also be mailed or submitted in person to:

Office of Arts, Culture and the Creative Economy
Ideas for Rizzo's Future