Even though the storm is churning in the Atlantic, hundreds of miles off the coast, it is still bringing some of the biggest waves the shore has seen in quite some time.

"It's so powerful! I can't imagine. Last night we saw people out there surfing, and I was thinking 'they're just taking their life in their hands,'" said Leola Baker of Harrisburg, Pa.

In the wind-whipped back bays of Ocean City, the waters were tossing around a boat while docks and walkways were covered by water.

"We've been through it several times, probably more in the wintertime," said Bob Pelikoski of Ocean City. "We're used to it, I think."

West 17th Street in Ocean City typically floods, and that was the case on Tuesday morning. 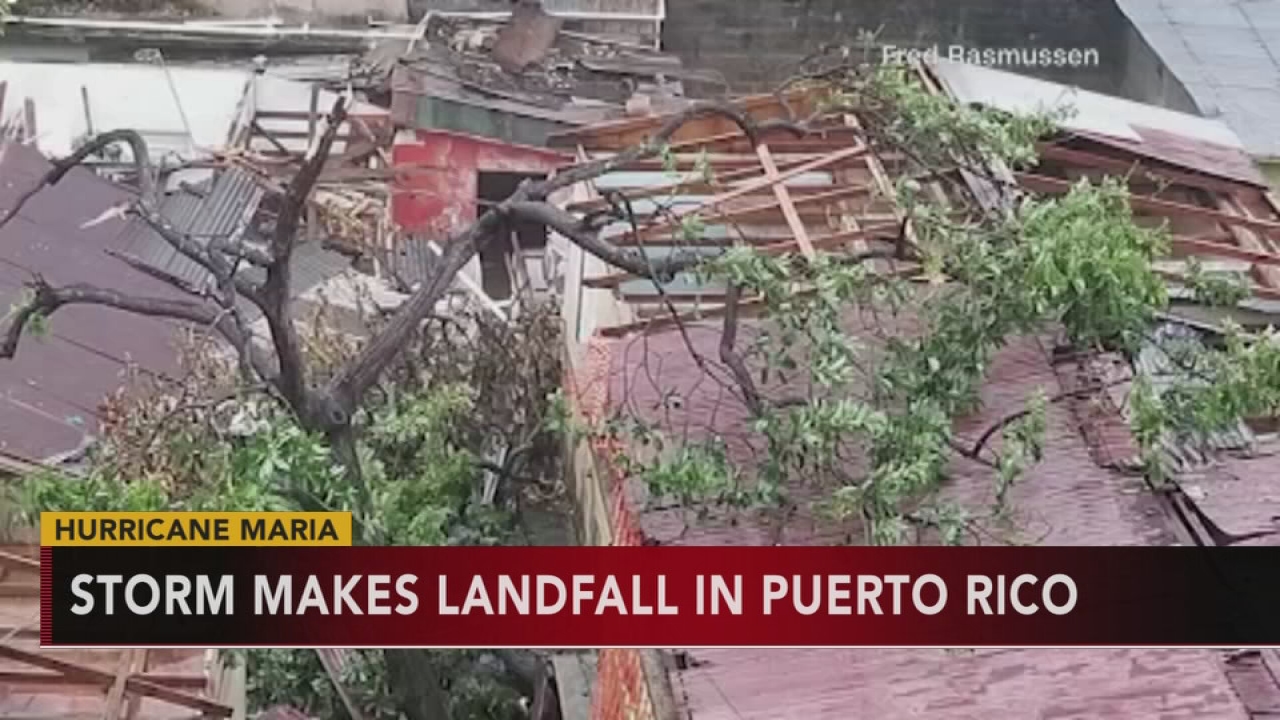 Maria makes landfall in Puerto Rico
One of the strongest hurricanes to ever hit Puerto Rico pummeled the island Wednesday, tearing off roofs and sending doors flying from hinges as officials warned Hurricane Maria would decimate the power company's crumbling infrastructure and force the government to rebuild dozens of communities.

Beryl Robinson was in the water, picking up trash that was waiting for pickup, but was instead blowing around.

"I'm not sure they're going to pick it up today because you can't get down there, so I'm just going to bring the trash in the back and pick up all my neighbors' stuff!"

N. Wildwood this AM. Our @6abc cautions about heavy surf appear on target! Rip currents, flooding too. Update on @6abc at noon. pic.twitter.com/15itoUP0cA

At the Ocean City Music Pier, people gathered to see the wild waves for themselves.

"It's something to behold, something to watch. I feel bad for those individuals down south who are going through this, but it's amazing - the power of the waves and the water," said Ted Baker.

"There's a lot of beach erosion, it's almost like a cliff. It's sad," said Charlotte Higler of North Wildwood.

"The wind is really bad, we're having trouble standing here," said Chrissy Windgate of Wildwood, who brought her five-year-old son, Patrick, for a glimpse.

"Hardly do we ever get it like this where it's not a real storm, where we can actually get out and come look at the giant waves," she said.

Across town the back bay began flooding Delaware Avenue. Drivers took it slow as water covered their vehicles' wheels.

The concern now is the high tide, which is expected to make the flooding worse.

"The storm, the tide and the moon all lining up, and that looks like what we're going to have tonight into tomorrow morning," said Mayor Patrick Rosenello.

On Long Beach Island, the non-stop waves and wind caused a low-frequency rumble on Tuesday. Retired teacher Maria Stakiewicz said it was memorizing.

"You know what? We would prefer sunshine. But this is such a real sight. The wind and the beautiful smell of the ocean, it's very exhiliarting," Stakiewicz said.

Tracking Hurricane Jose down the shore. Trish Hartman reports during Action News at 11 p.m. on September 18, 2017.