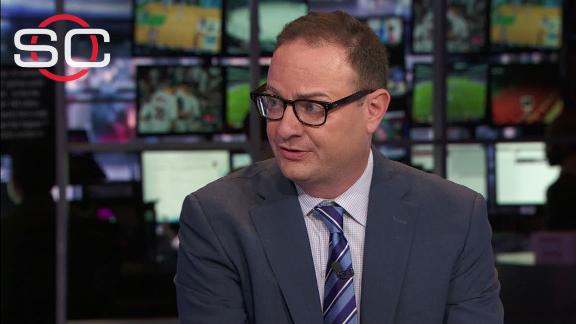 Embiid, one of the NBA's most talented and popular young players, has the ability to earn an additional $30 million -- bringing the value of the contract to as much as $178 million -- if he earns an All-NBA first-, second- or third-team selection, or is named MVP this season, league sources said. The designated rookie scale extension -- termed "the super-max" -- reflects 30 percent of the 2018-19 salary cap if Embiid reaches the performance-based criteria.

"Joel Embiid is a transformative young talent that you rarely come across in our game," 76ers president of basketball operations Bryan Colangelo said in a statement. "Joel is only scratching the surface, but he has all the potential and promise to go down as one of the all-time greats to wear a Sixers jersey. Ownership's willingness to extend this contract reflects our collective belief in Joel Embiid and a reinforced commitment to building a championship-level basketball program."

"I'm so thrilled to be in this position," Embiid said in the statement announcing his deal. "I want to thank ownership, management, the coaches and most of all the fans, for supporting me throughout this whole process. I love this city and I'm so, so, so, so excited to be spending my next five years here and hopefully the rest of my career, God willing. Trust 'The Process.'"

76ers coach Brett Brown, without commenting on the contract's specifics,told media before Monday's preseason game atBostonthat Embiid has transformed the 76ers with "his physical presence; he does it with a defensive mindset, and he does it with an offensive target that is different than anything else that we have."

"When he has been able to practice with us, he has changed the gym," said Brown, while calling Embiid a "difference-maker."

The deal represents the 76ers' commitment to Embiid's talent, given that he has been healthy enough to play in only 31 regular-season games since Philadelphia selected him with the No. 3 overall pick in the 2014 NBA draft.

"You don't give up that tag freely -- but he has a chance to be great," Brown said. "There's still a lot of work to be done. You know, when you look at his body of work -- only playing 31 games, and really he's only been playing basketball for six years, and he's 23. He's just scratching the surface."

The extension solidifies Embiid as a cornerstone of the franchise's future.

"He does things on a court that remind me of, you know, somebody that's able to hear music and just play the song," Brown said. "You know, he will study [Tim] Duncan, or study KD, or another player, and all of a sudden it's a part of his game. He's very unique, very unique."

The deal will include some salary-cap protection for the 76ers should Embiid suffer an injury that causes him to miss significant playing time, league sources said.

The $25.3 million salary for Embiid in 2018-19 will rank third among NBA centers, trailing onlyHassan Whiteside and Andre Drummond.