Okafor's option not being picked up by Sixers 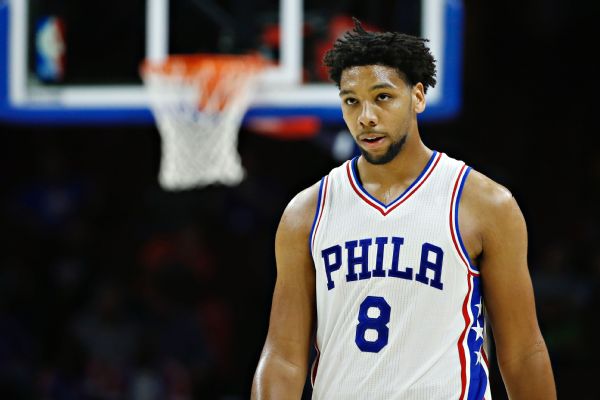 The Philadelphia 76ers will not exercise the fourth-year, $6.3 million option for center Jahlil Okafor, a source confirmed to ESPN.

The story was first reported by the Philly Voice.

Okafor will join Anthony Bennett (first overall pick in 2013) and Hasheem Thabeet (second overall pick in 2009) as other first-round picks in the top three that did not have their fourth-year options exercised.

No other third overall pick has had his fourth year declined.

Unless the 76ers are able to trade him, Okafor will become an unrestricted free agent in 2018. Sources told ESPN last week that the Sixers were working to deal Okafor because he had fallen out of the rotation.The frontcourt logjam of Joel Embiid, Ben Simmons and Dario Saric leaves Okafor expendable.

The team announced it picked up the third-year options for Simmons, Saric and Timothe Luwawu-Cabarrot, as well as the fourth-year option for Justin Anderson.