WPVI
WEST NORRITON, Pa. (WPVI) -- New details about the man wanted in connection to a violent rape in a Montgomery County park this past summer.

It happened at Norristown Farm Park, in West Norriton, back on August 1.

Officials said a 19-year-old girl was out running just before 11 a.m. when a man approached her, wearing a sweatshirt with the hood up despite it being nearly 90 degrees outside.

District Attorney Kevin Steele has now revealed the attacker pulled out a gun, with his right hand, and then sexually assaulted her.

Steele also pinpointed the exact location of the crime, for the first time.

"This happened on Stony Creek Road between Upper and Lower Farm Roads in the park," said Steele. "That is a portion of the park where we see people exercising a lot. Anyone that came through that area may have seen something or heard something."

The Citizens Crime Commission is offering a $10,000 dollar reward for an arrest.

Anyone with information is asked to call 215-546-TIPS. 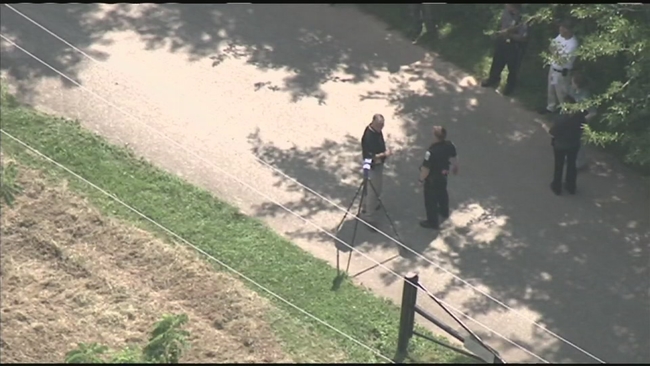