Young man with autism share's his journey with Action News 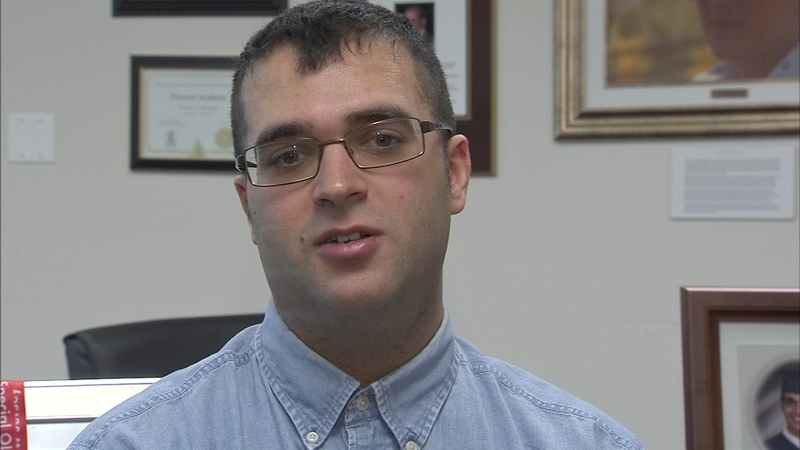 Young man with autism share's his journey with Action News

A young man with autism from Voorhees went from unable to communicate to happily and enthusiastically sharing his own success story.

Part of his progress happened at Durand, a social services organization in Mount Laurel that helps individuals with special needs, like him, learn and grow.

Meet Andrew Gaffney, and at 26-years-old, he has a part-time job, a social network and more activities than we can list.

But his journey with autism started much differently.

He spoke to Action News in his own words, a feat more powerful than you might think.

"I like to swim. I did karate. I am a very active person I like playing games and hanging out with people and doing fun stuff out in the world," he said.

When you ask Andrew Gaffney to tell you about himself, it's a long list of things he loves which also includes playing bass guitar and being a member of the marching band.

"I chose the trombone, it's a really fun instrument," Andrew said.

It's kind of hard to imagine that, as a toddler, Andrew was completely non-verbal.

His mother Laura Gaffney said, "He missed all of the speech milestones from two on. No first words - no meaningful language. He had a lot of confusion. He didn't really know how to make sense of his world."

At three and a half, they started what's known as behavior analysis therapy where Andrew was rewarded for correct responses.

"I will never forget the first time he asked a question and I was on the floor playing with him and he said - where's the seatbelt? And he was playing with a little toy bus," mom Laura Gaffney said.

"It's such a wonderful feeling to be able to give back this way and at this stage of the game where we can give some hope," Laura said.

Hope is something they know a thing or two about. She remembers what her mother said when they started this journey.

"You have a big, long mountain to climb and you are going to do it step by step," Laura said.

And they did as she looks down from the top - perspective.

"Be happy with what your own child is capable of, love them and be patient with them and have hope because there is hope," Laura added.

And every one of Andrew's words is a success story.

"I think people will look at me and say wow that's pretty awesome," Andrew said.

Laura wants every parent to know this - trust your gut, be your own advocate, join community groups, and socialization is key, and tap into school resources.

Andrew's advice is always treat the people you really like with a lot of care.