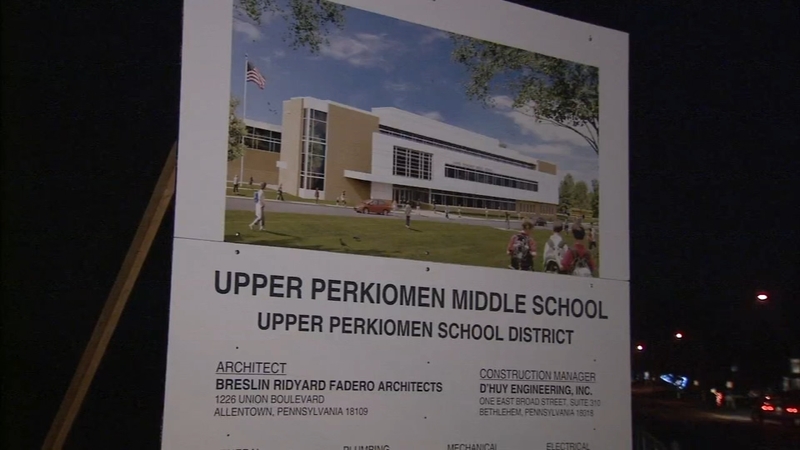 Monday's school board meeting started with the swearing in of four new board members, members who ran on a platform of stopping the construction of the new Upper Perkiomen Middle School.

The proposed $58 million new school had been approved by the prior school board of directors, despite widespread opposition from residents who worried about their taxes going up significantly.

And construction of the new facility is already underway, with more than $10 to $15 million invested in the project.

"We need to invest in education," said Hope Manion. "This would be the first school we have built in 30 years."

Opponents of building the new school said, with interest, the costs would escalate to nearly $89 million, which would be devastating to many taxpayers.

"This community would go into such poverty," said Donna Steinhauer. "People cannot afford such a tax hike that a $90 million middle school would bring us."