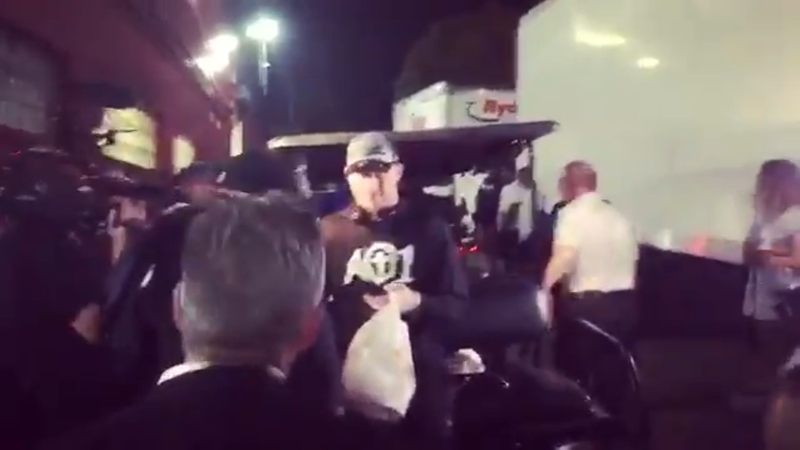 LOS ANGELES -- Philadelphia Eagles quarterback Carson Wentz suffered a knee injury late in the third quarter Sunday and was knocked out of a showdown against Jared Goff and the Los Angeles Rams.

Wentz was hit hard as he scrambled into the end zone on a play that was called back because of holding on tackle Lane Johnson. He stayed in the game, and threw a 3-yard touchdown pass to Alshon Jeffery four plays later to give the Eagles a short-lived 31-28 lead.

#BREAKING - Wentz will NOT return with a knee injury.

It was Wentz's 33rd TD pass, setting the team's single-season record. Wentz was the second pick overall in the 2016 draft. Goff was No. 1 overall.

Nick Foles replaced Wentz the next drive. He was ruled out for the rest of the game.

AP sources said doctors believe Eagles star Carson Wentz, an MVP favorite, has a torn ACL. He will have an MRI to confirm.

***This story is developing. Check back with 6abc.com for updates.***