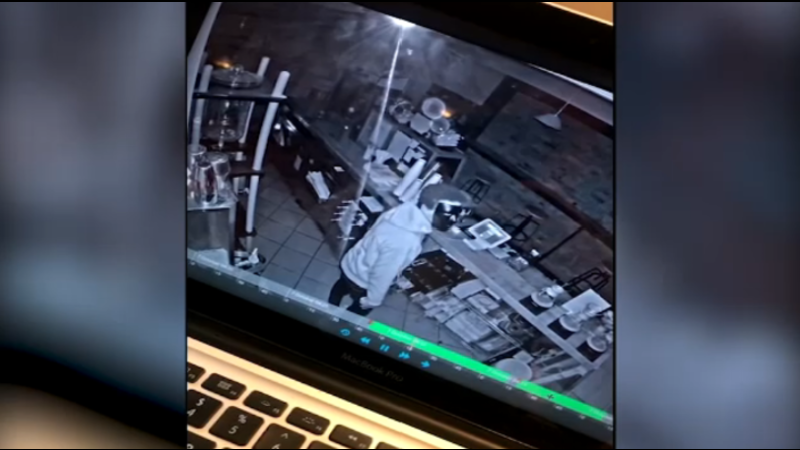 PHILADELPHIA (WPVI) -- The owners of three small businesses in Center City and Logan Square are facing thousands of dollars in damages after falling victim to smash and grab robberies over the past week.

All three businesses are on N. 21st Street, between the Benjamin Franklin Parkway and Arch Street.

The owner of Pete's Famous Pizza and Moustaki Authentic Gyros says someone smashed in the glass doors at Moustaki last week and at Pete's on Tuesday morning.

The robber was seen on surveillance video emptying the cash registers and stealing money.

While the robber was breaking into Pete's, the owner said the man stole keys and took off with their marked catering van.

Peddlers Coffee, a few blocks away near Race Street, was hit Monday morning around 4 a.m.

The owner said someone living nearby saw a man casing the area, then heard glass shatter and called 911.

The damage has cost both business owners thousands of dollars in repairs.

They said crime is unusual in the area and that they've been hit twice this year after not having any issues with robberies for several years.
Report a correction or typo
Related topics:
center city philadelphiaphiladelphiacrimebusinessrobbery
Copyright © 2021 WPVI-TV. All Rights Reserved.
CRIME