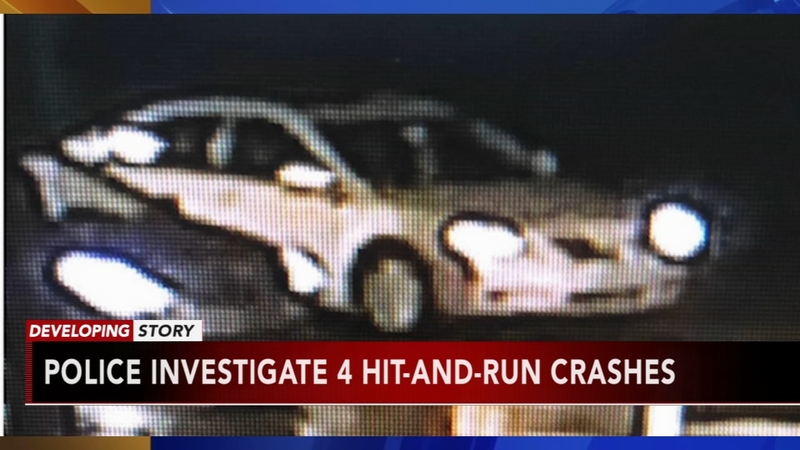 PHILADELPHIA (WPVI) -- Philadelphia police have released new information about a series of hit and run accidents that occurred over the weekend that left three people dead.

On Friday night a 50-year-old man was struck and killed after he was hit twice within seconds.

Police say both drivers stopped and looked at the victim after he was hit at Cottman and Torresale in the city's Tacony section.

Both drivers then allegedly got back into their vehicles and took off.

Police have released these surveillance pictures of the cars believed to be involved -- a grey Toyota and a dark-colored Mitsubishi.

On Saturday morning, a 59-year-old man was struck and critically wounded at 21st and Market streets in Center City. That's still under investigation.

And there were two deadly pedestrian accidents in the city early Sunday morning.

In one of them, 17-year-old J.J. Gbaa, was killed while he tried to cross Roosevelt Boulevard.

"Our investigation did recover some vehicle parts, namely a left-side mirror and some headlight fragments. It appears to belong to a 2007 or 2008 Chevy Malibu or Impala," said Capt. Mark Overwise.

Police say they want to catch each of the drivers involved in these hit and run accidents.

If you have information that can help identify them, you are urged to call them right away.