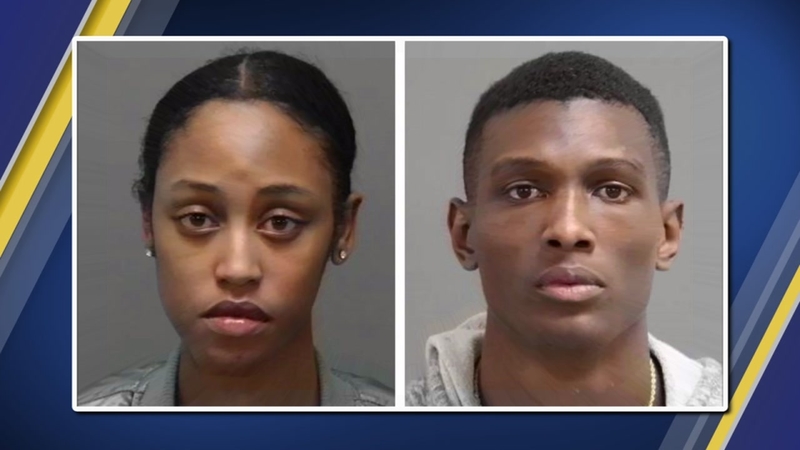 RALEIGH, North Carolina (WPVI) -- Two parents from Durham, North Carolina were arrested Thursday for alleged abuse of their 3-month-old son who was found to have broken ribs, a fractured skull and retinal hemorrhaging in both of his eyes.

WTVD-TV reports, Jatoia Shabrecia Potts, 27, and Aharoun Jessames Thompson, 25, were both arrested in connection with the abuse, according to warrants. They have both been charged with negligent child abuse resulting in serious bodily injury and child abuse inflicting serious physical injury, both of which are felonies.

Officials said the two were arrested Thursday after being stopped at South Saunders Street and Penmarc Drive in Raleigh for a traffic infraction.

Potts and Thompson are currently being held under a $250,000 bond each.