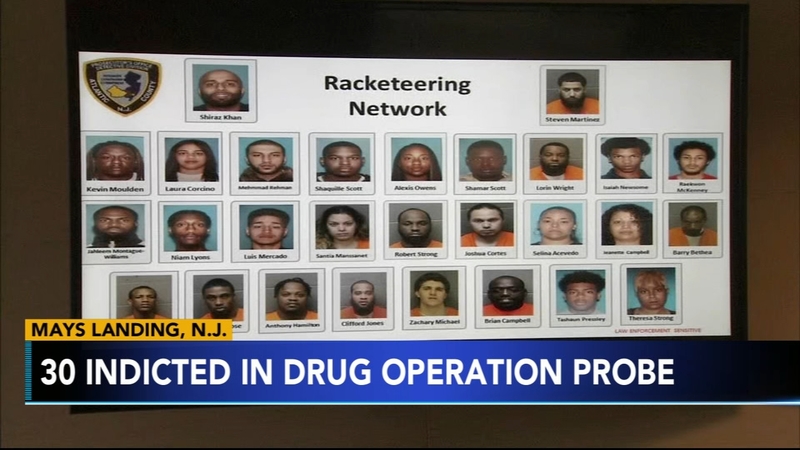 A four-year investigation led to the arrests of 27-year-old Steven Martinez and 31-year-old Shiraz Khan and 28 others.

Martinez and Khan are accused of heading up the distribution of narcotics including heroin, cocaine Suboxone, Percocet and marijuana.

Investigators say Kahn continued to lead the operation even while he was in jail by using cellphones and drugs allegedly smuggled in by a correctional officer. 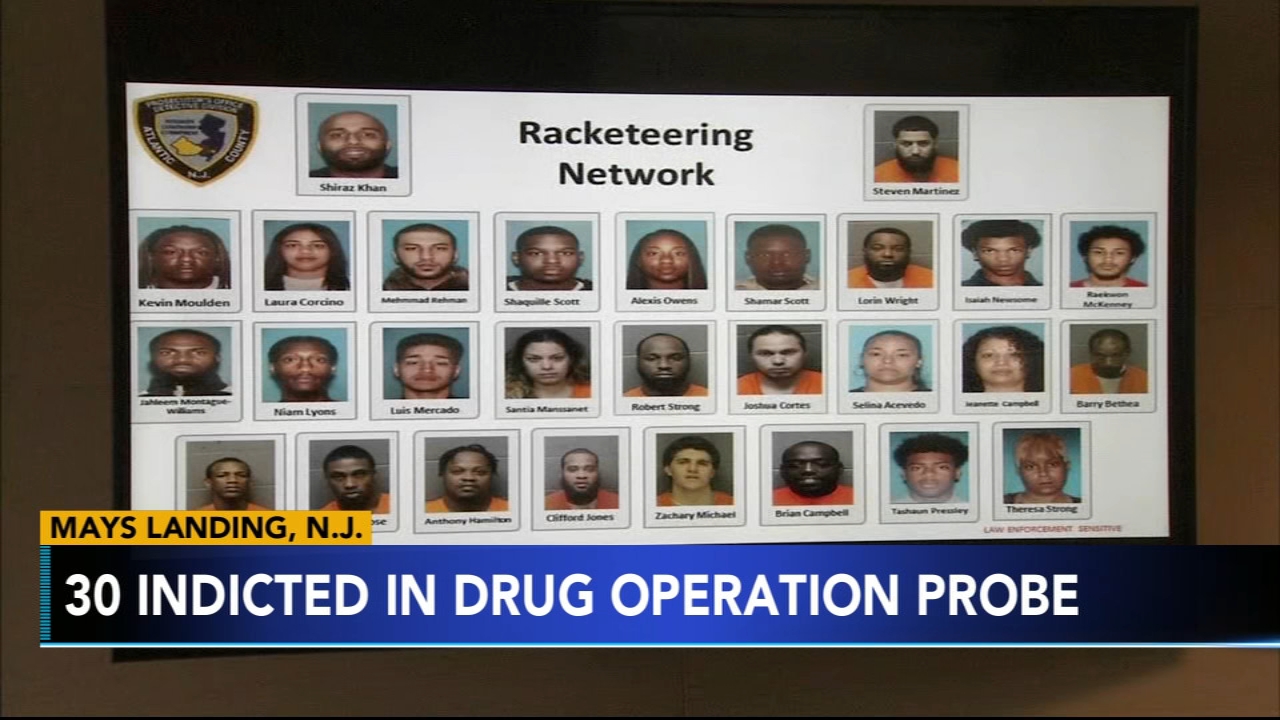 "The hard work by law enforcement culminated in the indictment of thirty individuals for numerous crimes, including but not limited to murder, distribution and possession of large quantities of drugs, and money laundering," said Atlantic County Prosecutor Damon G. Tyner.

In addition to the drug offenses, Martinez and Shamar Scott, 25, and Deshawn Hose, 23, are accused in the shooting death of 45-year-old Demond Tally in 2019.

Martinez, Scott and Hose have each been indicted with murder and conspiracy charges in connection with the fatal shooting of Tally.

A full list of those charged can be found here.