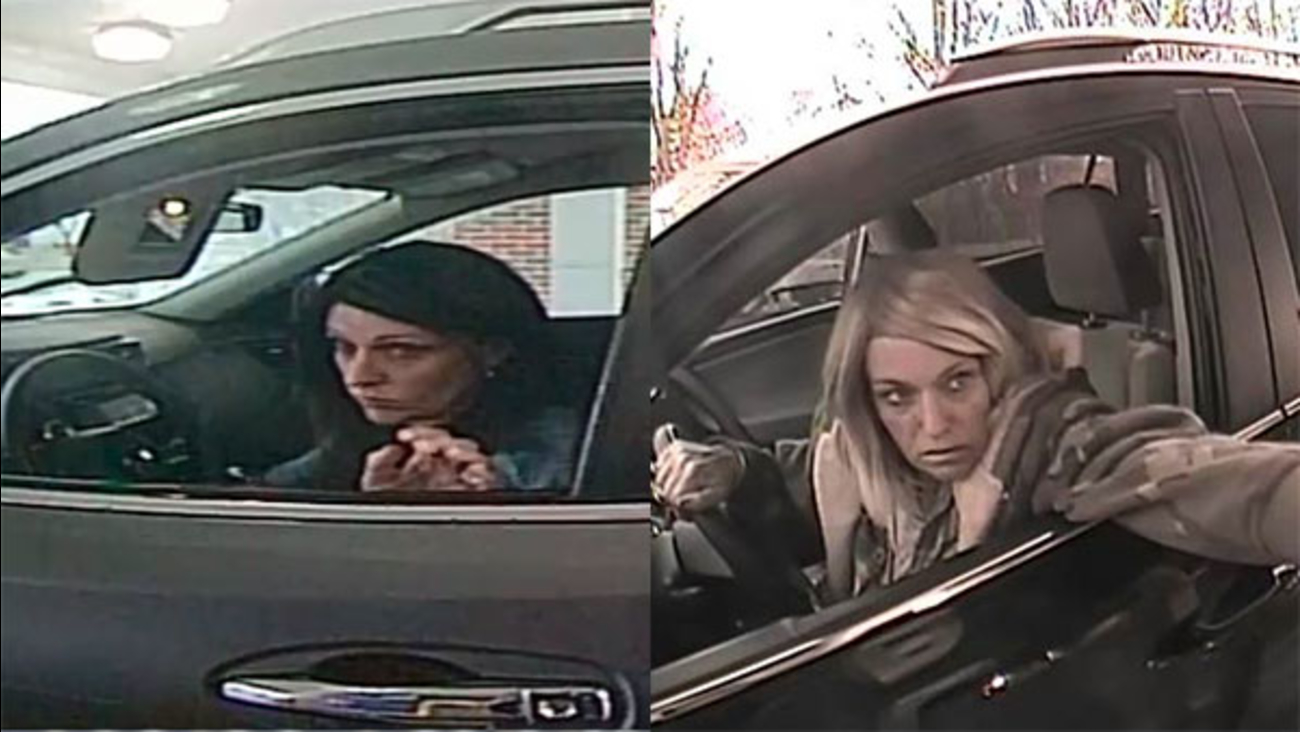 TOMS RIVER, N.J. (WPVI) -- Police say a woman who wore a wig while committing fraud and theft has been arrested, and authorities are thanking the community for its help.

The suspect, 43-year-old Brooke Slade of Arizona, was arrested on Thursday in Asbury Park, New Jersey.

It was shortly after 4 p.m. when officers were called to the PNC Bank at 810 Sunset Avenue after an alert teller spotted a woman who matched the description of the suspect at a drive-up window.

Toms River police say the teller was able to recognize the woman due to social media posts and news reports about the crimes, which included surveillance photos.

When Asbury Park police arrived, Slade allegedly drove off and the officers lost sight of her.

However, a call about a woman trespassing led officers to the 600 block of Heck Street, where Slade was allegedly removing the license plate of the car.

Slade fled on foot before officers arrived, but police say they were able to find her in the 500 block of Asbury Avenue.

"We want to take a moment and sincerely thank everyone who helped share our posts far and wide. We cannot be omnipresent in our policing and we value the efforts of citizen crime fighters who take the time to get involved; even if it is for a brief moment to like and share our posts. Your efforts have been successful time and time again in the apprehension of people determined to take advantage of innocent hard working citizens."