52 reasons to cheer on Philadelphia Eagles in Super Bowl LII 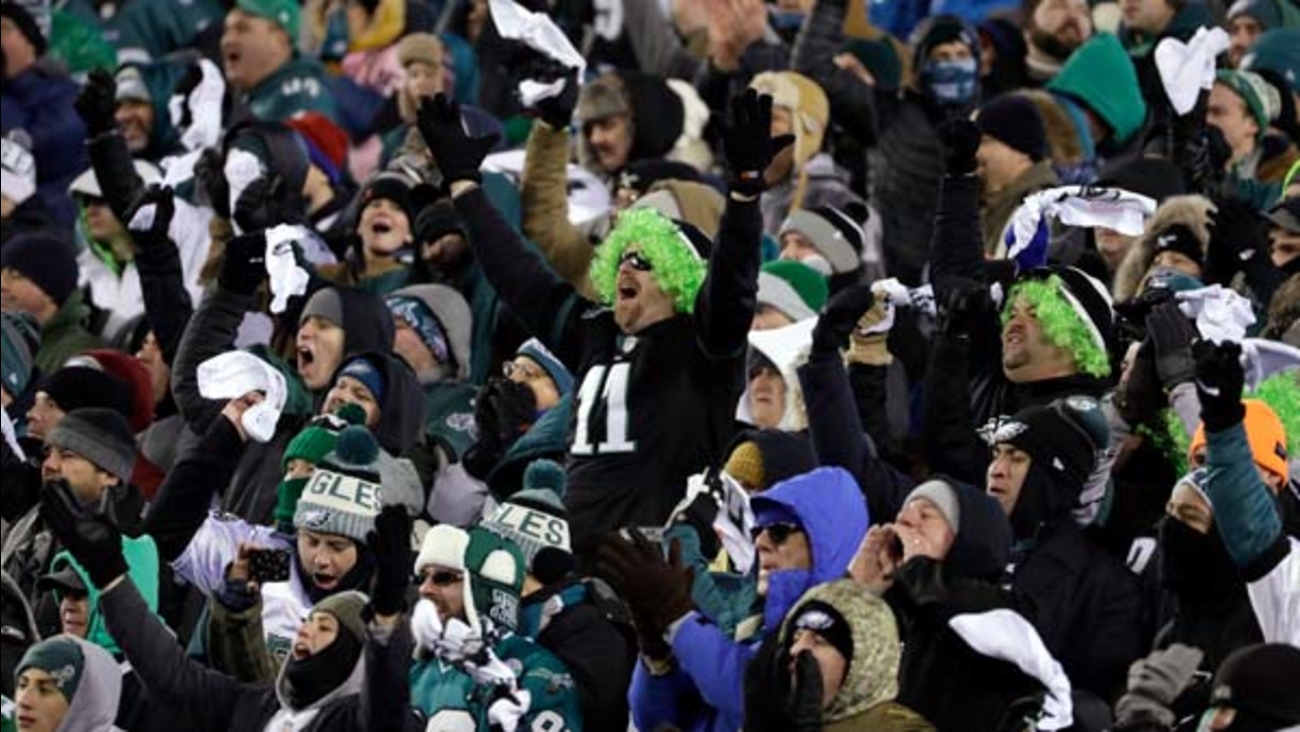 PHILADELPHIA (WPVI) -- You are a Philadelphia Eagles fan. You are ready to cheer on the Birds in Super Bowl LII.

But what makes this team so special?

Yes, there are the stats, the records, and the NFC Championship.

But there's so much more. Coincidentally, there are at least 52 reasons to cheer on the Eagles in Super Bowl LII.

1. Underdog Mentality. The Eagles are going in with the odds against them - just the way they like it.
EMBED More News Videos

2. Using Advice From Past Stars. It doesn't hurt to get some insight from guys who have been there before including Drew Brees, Joe Flacco, and Brett Favre.

Brett Favre says his goal in his speech to the #Eagles this morning was to break the tension and tell Eagles players you never know when you will get another shot at the #SuperBowl pic.twitter.com/lfmCpvR5tT

3. Retribution. 13 years ago, Tom Brady stopped the Eagles from walking out of the Super Bowl as champions. They are looking to right that wrong.

.@JamieApody got the opportunity to go one-on-one with @Patriots' Tom Brady. She asked the QB, "Do you sense the absolute hatred for you in Philadelphia?" His response: "I 'd hate me too if I was in Philadelphia right now." https://t.co/voVDaioyKD #SuperBowl #Eagles pic.twitter.com/bkoIDpI8wA

4. Family. Eagles fans are a big family. And sometimes family members like to surprise one another.
EMBED More News Videos

An Eagles fan received a great gift from his two sons.

5. Making A Difference. Whether it's donating paychecks to support educational equity, their commitment to social justice, or sending t-shirt proceeds to Philadelphia schools, Eagles players have been making an impact on and off the field this season.
EMBED More News Videos

6. Friends In High Places. Sister Virginia, the Delaware County nun and Birds super fan, has the Eagles getting the W in Minnesota.
EMBED More News Videos

You can watch Sister Virginia's full analysis in the video player above.

7. Ex-Patriot X Factor. Chris Long has been to the Big Game before, last year winning it all with the Patriots. "Hopefully he respects his elders a little bit out there," Brady said with a smile. 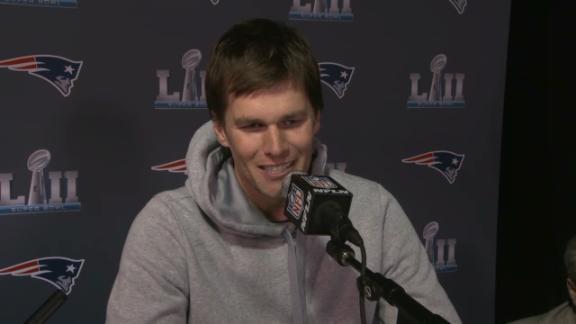 8. Brotherly Love. Whether it's the Phillies, Flyers, Union, or 76ers, all Philly sports teams are showing their support behind the Eagles.

10. Toddler's Take. When 2-year-old Lachlan practiced his Eagles Fight Song before taking his nap, it was no question that fans all of ages will be backing the Birds on Sunday.
EMBED More News Videos

11. Playing with Emotion. "I know she's going to grow up and I want her to be proud of her daddy." Nick Foles says it's all about making his daughter proud.
EMBED More News Videos

Watch the video in the player above.

12. 16-Time Champ Sings Along. WWE Superstar John Cena, who is from New England, became an Eagles fan during his stop in Philadelphia. He led a Wells Fargo crowd into a rousing rendition of the Eagles Fight Song.
EMBED More News Videos

14. Long Road to Victory. Nick Foles took quite the winding road to get to the Super Bowl and is focused on winning.
EMBED More News Videos

Crazy story of how Foles, Keenum got to NFC Championship Game. Ducis Rodgers reports during Action News Mornings on January 21, 2018.

15. Keeping It Light. With the biggest game of their lives growing closer, the players are still able to have a fun time.
EMBED More News Videos

16. Hungry Fans. Eagles fans are hungry for a championship, but they are also hungry for Eagles-related food. 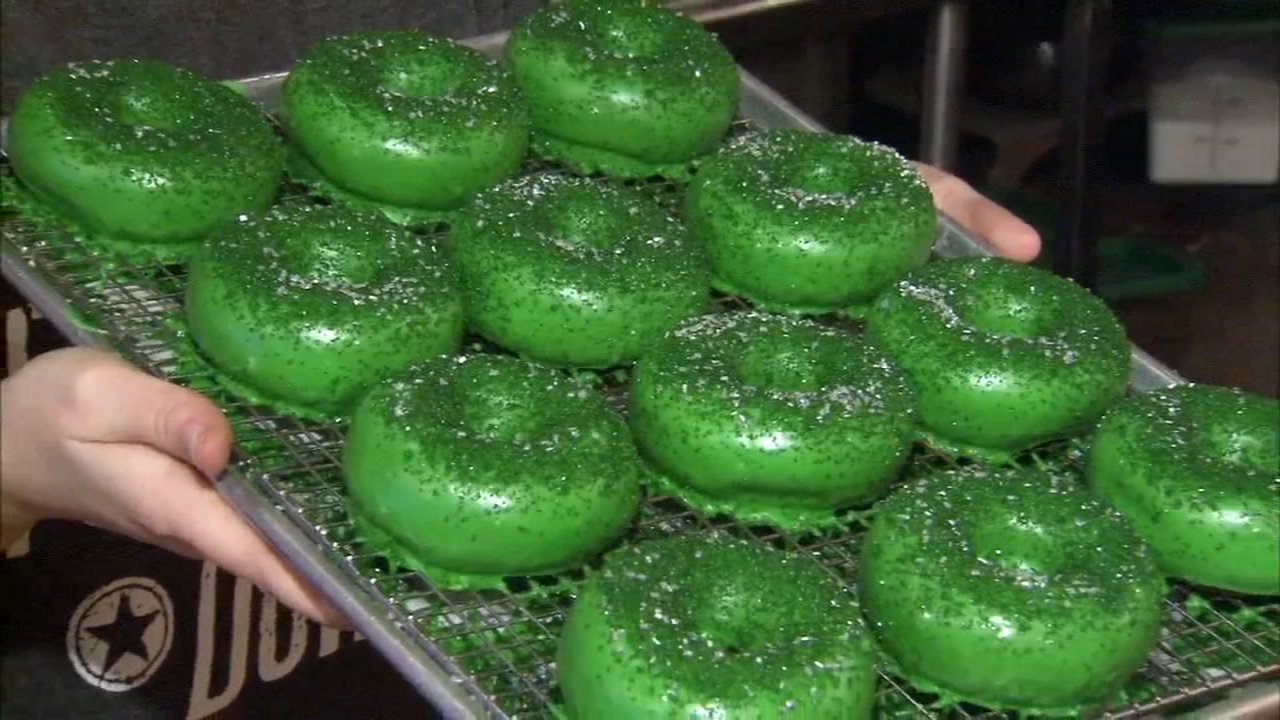 Introducing the Iggle donut
Grabbing a donut and coffee these days will not only show off your Philadelphia Eagles pride, but it will benefit a good cause.

17. Dancing Lurie. Every Eagles victory comes with a chance of a Jeffrey Lurie locker room dance.

18. Fresh Poetry. West Philadelphia's Will Smith wrote a nice rhyme for the Philadelphia Eagles.
"Dear @philadelphiaeagles,
Roses are red,
Violets are blue,
I think it's time for a Super Bowl title,
What about you?
HAHAHA... PHILLY IS IN THE BUILDING!"

The Fresh Prince has a poem for @Eagles fans! #FlyEaglesFlyhttps://t.co/fMPmvQtMhT pic.twitter.com/XN25QosaQn

19. Think Pink. Doylestown's own Pink will be singing the National Anthem and will be sending good vibes to the team, whether she can believe it or not!

20. City All Aglow. The Eagles' rise to the top isn't the only thing that has brightened the spirits of fans, green lights all of over the city are doing that, too.

21. Have Our Cake & Eat It Too. Eagles fans are so hungry for a championship, they won't let an opportunity pass to show their support - including at their wedding.
EMBED More News Videos

22. Millville Believes. Even though he's not on the Phillies, maybe one day, Millville native Mike Trout never stopped believing in his Eagles.

23. Crisco Cops. Only Philadelphia can say we had the Crisco Cops as part of our postseason festivities.
EMBED More News Videos

Sylvester Stallone has a message for all you @Eagles fans: “Keep punching, Philly!” https://t.co/I56lgw5J9v pic.twitter.com/w4mQSdmYCT

26. Ask Alexa. For whatever reason, Amazon's Alexa is an Eagles fan. We are not complaining. And we don't mind her thoughts on the Patriots, either.
EMBED More News Videos

Alexa sticking with the Eagles to win Super Bowl.

27. The Ertzes. U.S. women's soccer star Julie Ertz was on the opposite side of the country, playing a game in San Diego, California, when she found out her husband, Zach Ertz, was going to the Super Bowl. Her reaction went viral and showed how much this means not only to Eagles fans, but players' families, too.
EMBED More News Videos

Reunited! Julie and Zach Ertz will be together for Super Bowl. Sarah Bloomquist reports during Action News at Noonon January 31, 2018.

Kobe Bryant Gave #Eagles a Pep Talk this Week in LA... @kobebryant FIRED Up for the Eagles!pic.twitter.com/KCzV3crarJ

29. Hype Videos. The Philadelphia Eagles are masters at hyping up the crowd during the game. Their video editors aren't too bad at getting the crowd hyped prior to the game.

30. Fight Song. You know it by heart by now. But it never gets old. Fly Eagles Fly.

Murray and Barry will do whatever it takes to secure an @Eagles win! https://t.co/Qz4UfFnvMg

32. Green Goblin. From his green hair, which has led many to sport the same style, to this moment with a fan, Jalen Mills bleeds Eagles green.

34. Brady Gets It. Even Tom Brady understands the Philadelphia Eagles and their fans are to be taken seriously. " They got, obviously, a great coach and very, very determined, hardnosed players and a very great organization. A great fan base."

36. We All Scream For Ice Cream. Doug Pederson likes to end team meetings by telling his players to go "eat ice cream." Why? Simple, because he loves ice cream!

Why? Because Pederson says he loves ice cream and jokes “can’t you tell” #sb52 #FlyEaglesFly pic.twitter.com/t5eWbCUqaW

Sarah interviews Guillermo about the Super Bowl in Minneapolis

39. Good Morning, Eagles Fans! When Robin Roberts took an impromptu poll about who will win the Super Bowl, the Good Morning America audience was quite clear on their choice.
EMBED More News Videos

40. Wearing Eagles Pride. Whether it's the green hair or painting Eagles jerseys on their nails, fans are making sure everyone knows that they are backing the Birds.
EMBED More News Videos

Another Philadelphia #Eagles billboard has been spotted! #FlyEaglesFly pic.twitter.com/IysY22KGnu

This billboard from @visitphilly says it all. #GoEagles #SuperBowl pic.twitter.com/YrIkOQtBtN

42. Kelly Ripa Represents. The 'Live with Kelly and Ryan' cohost from New Jersey continues to show her support for her home team, even wearing green shoes. And the Eagles fans in attendance love it!
EMBED More News Videos

Eagles chant breaks out at Live with Kelly and Ryan on February 1, 2018.

43. Tattoo To Remember. This past summer, defensive end Chris Long jokingly told linebackers coach Ken Flajole he would get a tattoo of his face should the Eagles win it all. That would be quite a sight to see.

44. Birds Know Birds. Not all Eagles fans are human.

46. The Jay Train. Jimmy Kimmel Live's Guillermo may have trouble pronouncing running back Jay Ajayi's name, but Eagles fans have no trouble saying the London-native's name. If the Eagles win, he will become the fifth British-born player to claim a Super Bowl victory.
EMBED More News Videos

47. Eagles Fans, Hear Them Roar. Eagles fans can be loud. And they were definitely that during the NFC Championship Game. Perhaps the Birds in Minnesota will be able to hear us from Philly.

INCREDIBLE: On Sunday night in Westville, NJ, you could hear fans at @LFFStadium singing the @Eagles fight song. Westville is 2.9 MILES away from the stadium! #FlyEaglesFly https://t.co/OEqc9VkIWE pic.twitter.com/L2dRnhIefw

48. Home Sweet Home. Eagles defensive tackle Beau Allen is back home to play in the Super Bowl. He's hoping to win it all not too far from where his childhood dream began. "You can't script this," his mother told Action News.
EMBED More News Videos

49. Name Game. The Museum of the American Revolution changed their Patriots Gallery to Eagles Gallery. And a number of Boston Markets in the area have become Philly Markets.
EMBED More News Videos

50. Birthday Present. Head coach Doug Pederson celebrated his 50th birthday just days before leading his team into Super Bowl LII. Wonder what he would like for a belated gift?

51. Underdog Masks. As soon as Lane Johnson and Chris Long donned their German shepherd masks, a craze was started. Local stores and online shops quickly sold out of the underdog masks. How many will we see at U.S. Bank Stadium?
Print Your Own Underdog Mask
You can download the mask that has become a symbol of our Philadelphia Eagles

If you're in need of a smile, watch these tots cheer on the @Eagles! #FlyEaglesFly https://t.co/9RWOtFyqQ2
(📷: 2P's In A Pod, Cinnaminson, NJ) pic.twitter.com/AqT3Bk26Z1