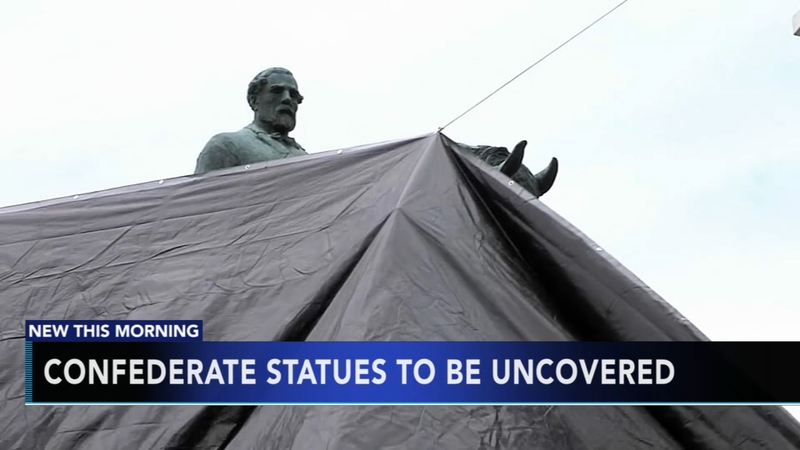 Confederate statues to be uncovered

CHARLOTTESVILLE, Va. -- A judge in Virginia has ordered the city of Charlottesville to remove the black shrouds that were installed over two Confederate monuments after a white nationalist rally last summer.

They currently cover statues of Robert E. Lee and Thomas "Stonewall" Jackson. The tarps have been removed several times since being put up in August as a sign of the city's mourning of the deadly violence at the August rally.

Moore's decision came during a hearing in a lawsuit against the city, which is seeking to remove the monuments.

The city said in a statement that it is disappointed by the ruling but will respect the court's decision.