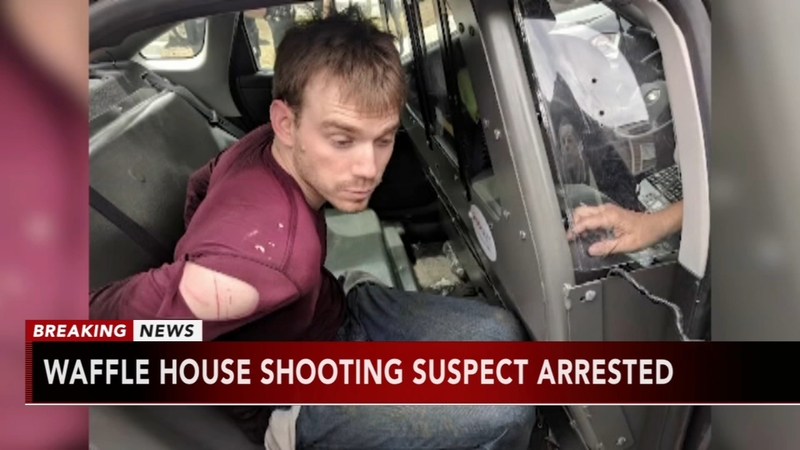 NASHVILLE, Tenn. -- The suspect in a quadruple homicide at a Nashville Waffle House was taken into custody Monday, police said.