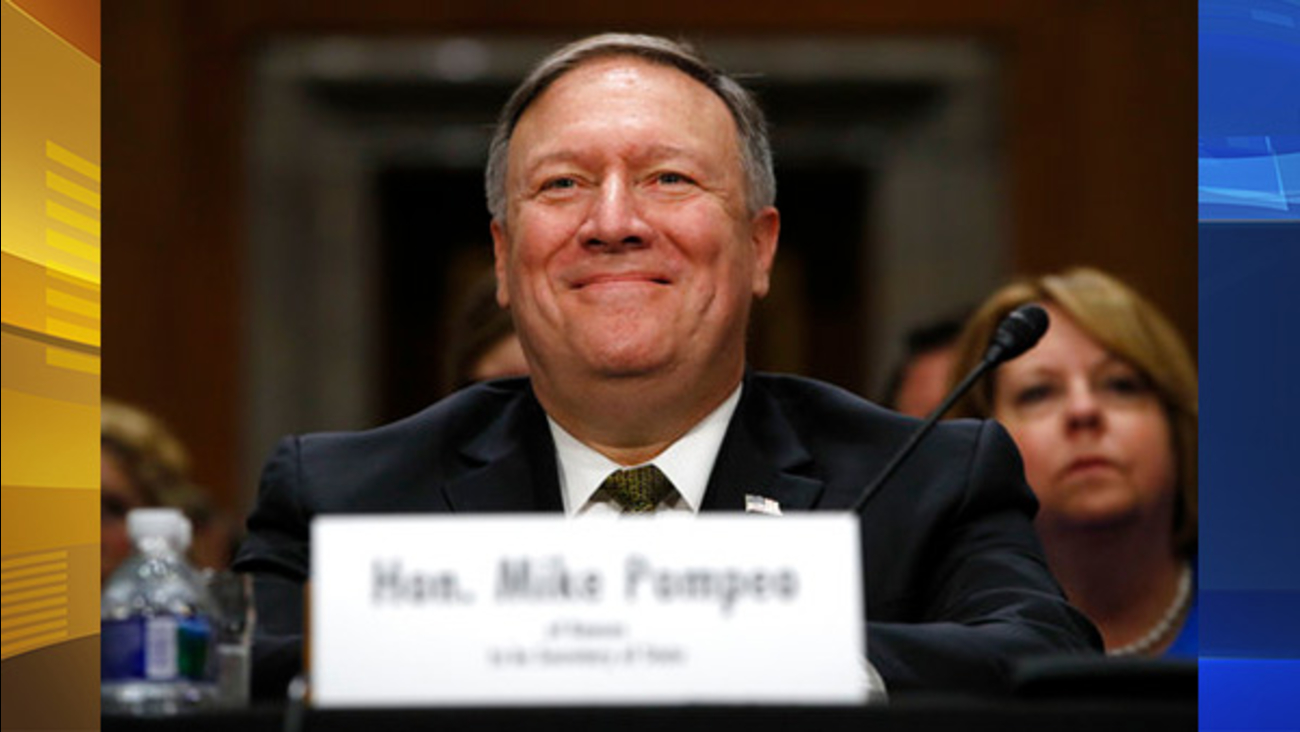 Secretary of State-designate Mike Pompeo smiles after his introduction before the Senate Foreign Relations Cmte. during a confirmation Thursday, April 12, 2018, on Capitol Hill.

WASHINGTON -- The Senate has narrowly confirmed Mike Pompeo to be secretary of state.

The outgoing CIA director secured support from 57 senators, with 42 voting no and one senator absent. It's one of the slimmest margins for the job in recent history. Every past nominee since at least the Carter administration has received 85 or more yes votes, with the exception of Trump's first secretary of state, Rex Tillerson. He got 56 yes votes.

Pompeo is a former Republican congressman from Kansas. He is expected to be sworn in almost immediately so he can begin serving as top diplomat.

Pompeo has been deeply engaged in the administration's efforts on North Korea and recently traveled to Pyongyang.