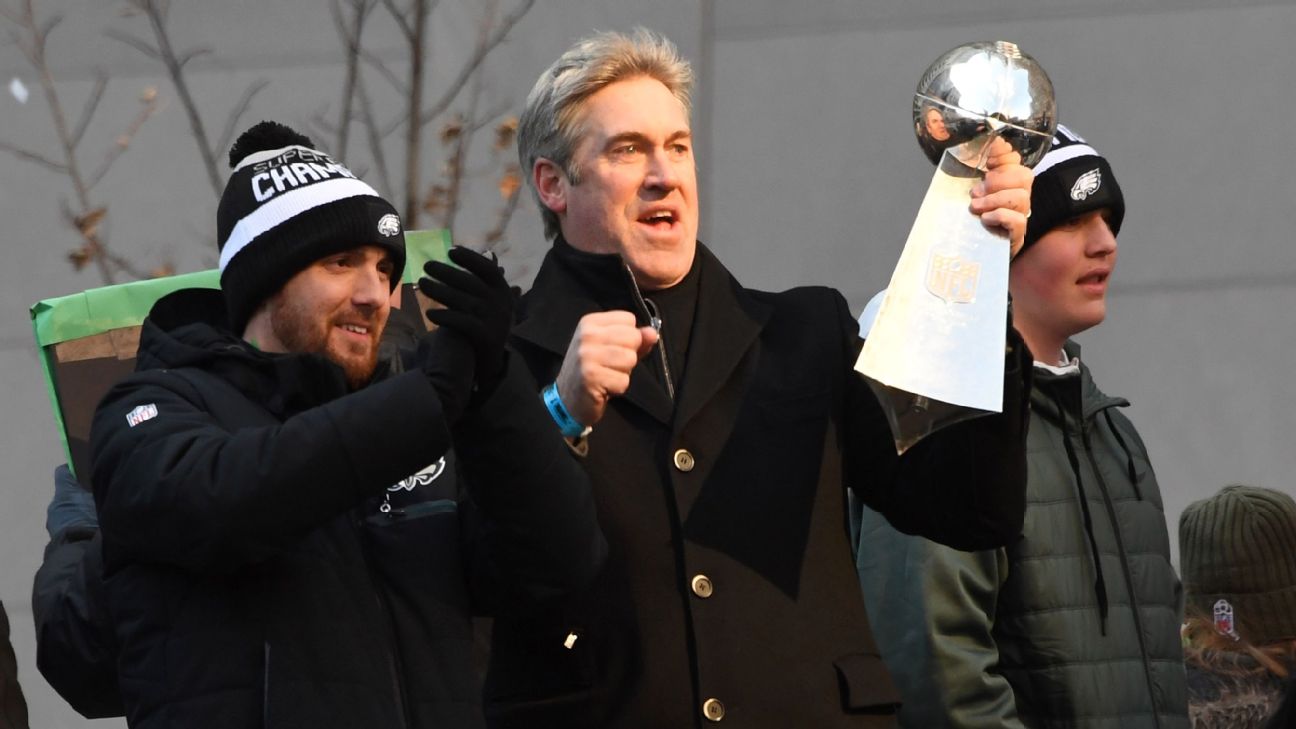 ESPN
NEW YORK -- Philadelphia Eagles coach Doug Pederson knows he has an inspiring story to tell. The man who led the Eagles to a dramatic Super Bowl win over the New England Patriots is working on a memoir.

Hachette Books told The Associated Press on Tuesday the book is called "Fearless" and is coming out August 28. According to Hachette, Pederson will look back on his career as a quarterback and assistant coach and tell of the Eagles' unexpected championship season.

Pederson has been the team's head coach since 2016. He said in a statement that he had always considered himself an "underdog," whether backing up quarterbacks such as Brett Favre of the Green Bay Packers or, as Eagles head coach, facing the Patriots in Super Bowl LII and winning 41-33.
Report a correction or typo
Related topics:
sportsespnmemoirunderdogfearlessnfldoug pedersonbookphiladelphia eagles
Copyright © 2020 ESPN Internet Ventures. All rights reserved.
More Videos
From CNN Newsource affiliates
TOP STORIES