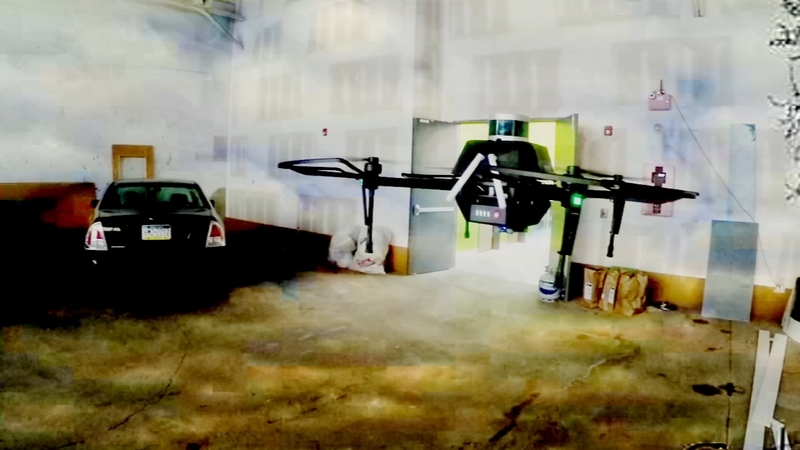 SOUTH PHILADELPHIA (WPVI) -- Inside a sparsely furnished and unremarkable warehouse in South Philadelphia something truly remarkable is taking flight.

In fact, this robot makes its map as it goes, which effectively means it can go anywhere, anytime, without anyone at the controls.

"What's important here is that it's actually figuring out the path to follow, on the fly," said Jason Derenick, VP of Technology for Exyn Technologies.

The robot developed by a team that spun off from the University of Pennsylvania uses a series of onboard sensors and cameras, gathering 300,000 data points per second to re-create the world around it.

That data translates into a real-time 3-D image of the space in which it's flying, allowing the drone to see obstacles, and figure out how to navigate around them or through them.

In short, you tell it where to end up and it finds a way to get there.

"Based on what it sees, it decides what actions it should take to carry out the mission that we've given to it," said Derenick.

And the mission is what makes this robot more than just neat software.

Its developers, including Exyn CEO Nader Elm, envision all kinds of ways their robot can do what humans so far cannot.

"So there's obviously a lot of application for this technology," said Elm.

From mapping vast underground mines, to surveying otherwise inaccessible landscapes, to navigating disaster zones too unsafe for people this technology can be both time saving and life-saving.

Currently, the drone is in the prototype phase, largely limited to flying in this South Philadelphia building.

"This white line essentially reflects where the robot was over time," said Elm.

"The software that we've developed can conceivably be used on the ground, can go into underwater platforms and even in space," said Elm.

Literally going where no man has gone before or is able to go now, figuring out on its own how to get from point A to point B without risking life or limb.

"We want to be able to send it into these unknown environments so that it can go in and provide intelligence," said Elm.