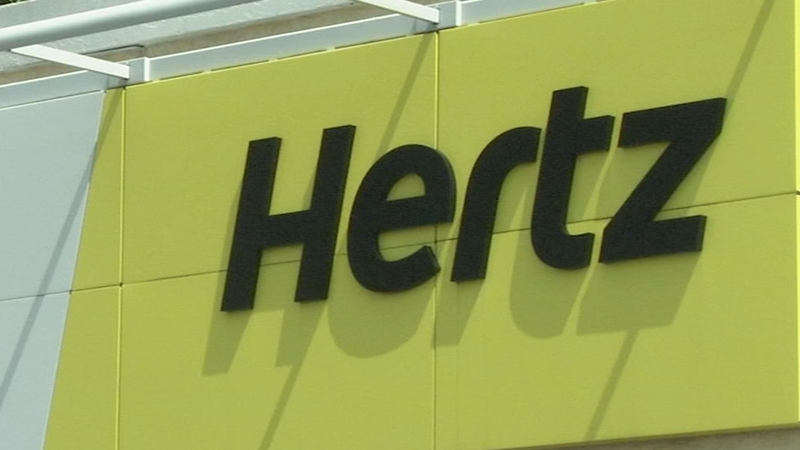 A national rental car company is being forced to pay tens of thousands of dollars after mistakenly reporting some of their vehicles stolen which has led to the arrest of paying customers.

In this Action News Investigation, two victims describe the humiliation of being wrongly accused and the fallout from their arrest.

Investigative reporter Chad Pradelli has identified a half-dozen Hertz Rental Car customers who had their rental cars mistakenly reported stolen despite being paying customers and current on their payments.

Kelly Grady was driving her rented Chevy Yukon from Hertz when the lights flashed and the sirens began to blare. She says, "I thought, it's got to be a mistake."
Multiple Pennsylvania Troopers were pulling her over.

"They were yelling over the loudspeaker for us to turn the car off, put our hands out. Turn the car off put the keys out the window," she said.

Grady and her passengers complied. and got out.

"They were screaming and yelling. All of them were pointing guns literally to the back of our head," Grady said.

Her rental company, Hertz, had reported her Yukon stolen in 2013.

"I said, It's not stolen. I have my rental contract in the car," Grady said.

Troopers called the 1-800 Hertz number, and she says the company admitted it was a mistake.

The Yukon wasn't stolen. She was released but the vehicle had to be impounded per State Police policy. She and her passengers were dropped off at a Hardees. She ended up getting a new rental from another company. But a month later she was pulled over in New Jersey.
"He said do you know why I pulled you over? I knew I was speeding. And that was it. I just remember sitting in the car thinking 'oh I hope I don't get points."

Points would be the least of her worries. She says the trooper ordered her out of the car, handcuffed her and arrested her for grand theft auto.

"I was in jail for 12 days. It was humiliating. It was scary. It was horrible. It was degrading. I was sexually assaulted and gang beaten," Grady said.

Hertz proceeded with criminal charges saying the Yukon which she was no longer driving had been stolen.

He claims Hertz has a pattern of wrongly reporting vehicles stolen. He cites cases in Pennsylvania, Wisconsin, Kentucky, Texas, and Indiana where Ramanda Vanpay was pulled over for auto theft in late 2016.

She too spent time behind bars. Ramanda Vanpay is a client of Alexanders.
"I mean I was scared. I cried. I told the officers that there's no way," she said.

They say Vanpay's rental car from Green Bay got a flat tire. She returned it to an Indianapolis Hertz branch for a new one. They claim the company failed to update their computer system and reported the initial rental car stolen. Eventually, the charges were dismissed.

"I just want everybody to be careful because it could happen to anybody," said Vanpay.

Grady wasn't as fortunate. Hertz refused to drop the charges until a judge tossed the case.

"It's been four years and it still affects me to this day," said Grady.

Action News reached out to Hertz, but the company declined to participate in our story.