It was around 1 p.m. that Melissa Pfistner said she heard the blast.

She said she was working while her children were upstairs and after the boom a bookcase fell over.

It turns out a worker was cutting the grass across the street with a tractor-driven mower when his blades struck an explosive device. It left behind a two-foot wide crater that was about two-and-a-half inches deep.

Another mystery explosion in Buck County. Watch this report from Action News at 4pm on June 8, 2018.

Authorities are warning those who live nearby to not walk on uncut grass on the side of the road in case there are others.

"It's kinda scary when you got little guys," said Pfister.

Investigators have previously said they believe the rash of explosions in Upper Bucks and Lehigh counties are the work of an unknown culprit.

Another explosion a couple of weeks ago left a ten-foot wide crater that was one-foot deep along the 1200 block of Lonely Cottage Road in Upper Black Eddy.

There have been upwards of 3 dozen explosions since they began over two months ago.

So far no one has been injured, but Thursday's incident escalated concerns along Brick Tavern Road and now officials said there is no more grass mowing until further notice.

"This is terrorism because everybody around here worries every night," said Gary Rosenberger of Milford Township.

State Police Dublin Barrack are taking the lead in the investigation. No suspects have been named as of this time. 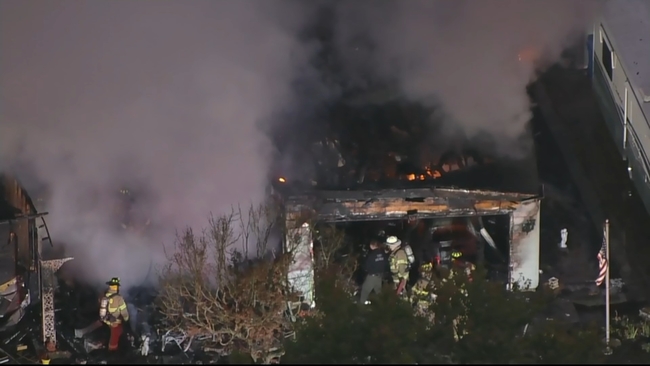