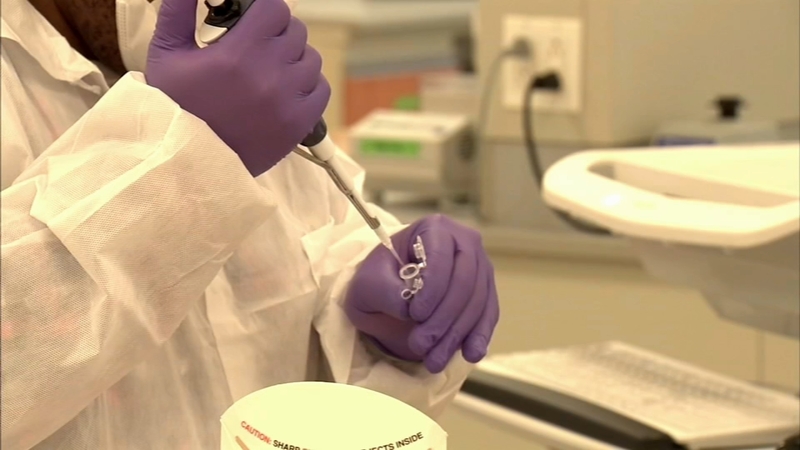 PHILADELPHIA (WPVI) -- There is new hope Friday night in the search for Rebecca Park's killer, 15 years ago.

Police say the infamous Fairmount Park rapist attacked and strangled the medical student while she jogged alone on July 13, 2003.

The crime long baffling investigators, who now plan to use ancestry websites to hopefully put a name to these sketches.

Philadelphia Police Captain John Ryan said, "We're calling a lot of our colder cases that have good DNA profiles and we're going to take that approach to bring some closure."

It's the same strategy investigators in California used to catch the Golden State Killer earlier this year.

Sites like Ancestry and Geni allow individuals to connect with unknown relatives by matching their DNA against other publicly available profiles.

Investigators in Lancaster County arrested a suspect in the 25-year-old murder of a school teacher using the same methods.

Captain John Ryan says these sites have proven to be a valuable crime-solving tool.

They determined other people in the database that were related to the doer. By mapping out the family they were able to determine who the doer probably was.

The DNA found at Park's murder matched that found after two other attacks on female joggers in 2003.

Police had repeatedly entered the DNA profile into criminal databases with no luck.

Now, police hope a relative of the attacker may have entered their DNA into one of these ancestry sites.

And that they can identify the serial rapist and bring closure to the victims and their families.
------
Send a News Tip to Action News
Learn More About 6abc Apps
Report a correction or typo
Related topics:
serial rapistphilly newsfairmount parkdnacold case
Copyright © 2021 WPVI-TV. All Rights Reserved.
More Videos
From CNN Newsource affiliates
TOP STORIES