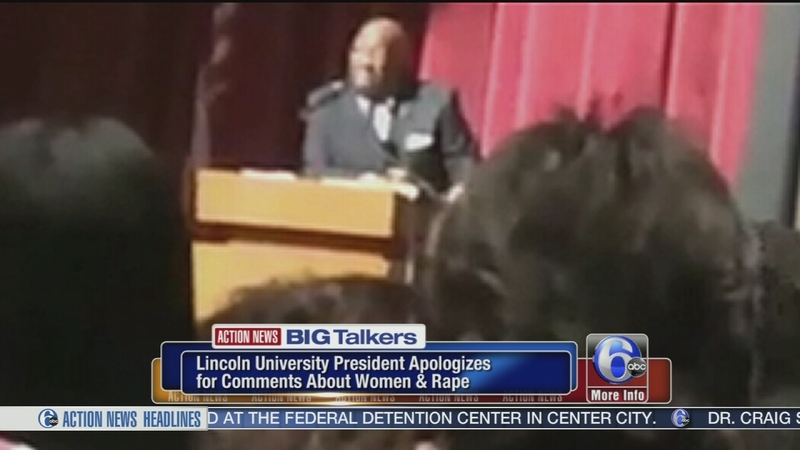 A letter from the Lincoln University Board of Trustees announced the resignation on Monday morning.

The letter also announced that the university's general counsel, Valerie Harrison, has agreed to serve acting president while the board searches for a long-term interim president and begins the search for the school's 14th president.

Jennings' speech happened on September 16th, but started going viral with the past month.

The comments were made at an all-women's convocation about how false rape allegations can ruin a young man's life.

During the speech, Jennings remarked, "We have, we had, on this campus last semester three cases of young women who after having done whatever they did with young men and then it didn't turn out the way they wanted it to turn out. Guess what they did. They went to Public Safety and said, 'He raped me.'"

Portions of the remarks were posted on the Internet and some parents criticized them as appearing to blame women for sexual assault.

Jennings apologized two weeks ago, saying it's obvious that he did not clearly communicate and that he did not intend to hurt or offend anyone.
Related topics:
educationrapepa. newsviral videosex assaultcollege
Copyright © 2021 WPVI-TV. All Rights Reserved.
More Videos
From CNN Newsource affiliates
TOP STORIES